Spirulina platensis microalgae contain phycocyanin, a bioactive compound. Phycocyanin is a natural antioxidant that has instability against temperature and light. The objective of this research was to determine the effect of different types and concentrations level of encapsulants on the characteristics of S. platensis microalgae phycocyanin encapsulate. The experimental method with Randomized Block Factorial Design were used, where 2 treatments were given. The first treatment was the type of encapsulants, which consists of Arabic gum, maltodextrin, and the combination of both (Arabic gum : maltodextrin). The second treatment was the concentration level, which are 10%; 20%; and 30%. All the treatments given were repeated twice, thus 18 experimental units were obtained. The data were analyzed using ANOVA and followed by Tukey’s Test. The results shown that the combination of Arabic gum and maltodextrin (1:1) on the concentration level of 10% produced the best phycocyanin encapsulate with total yield of 13.39%; water content of 6.39%; phycocyanin content of 13.74%; encapsulation efficiency of 44.38%; antioxidant capacity of 24.92 mg/L GAEAC. 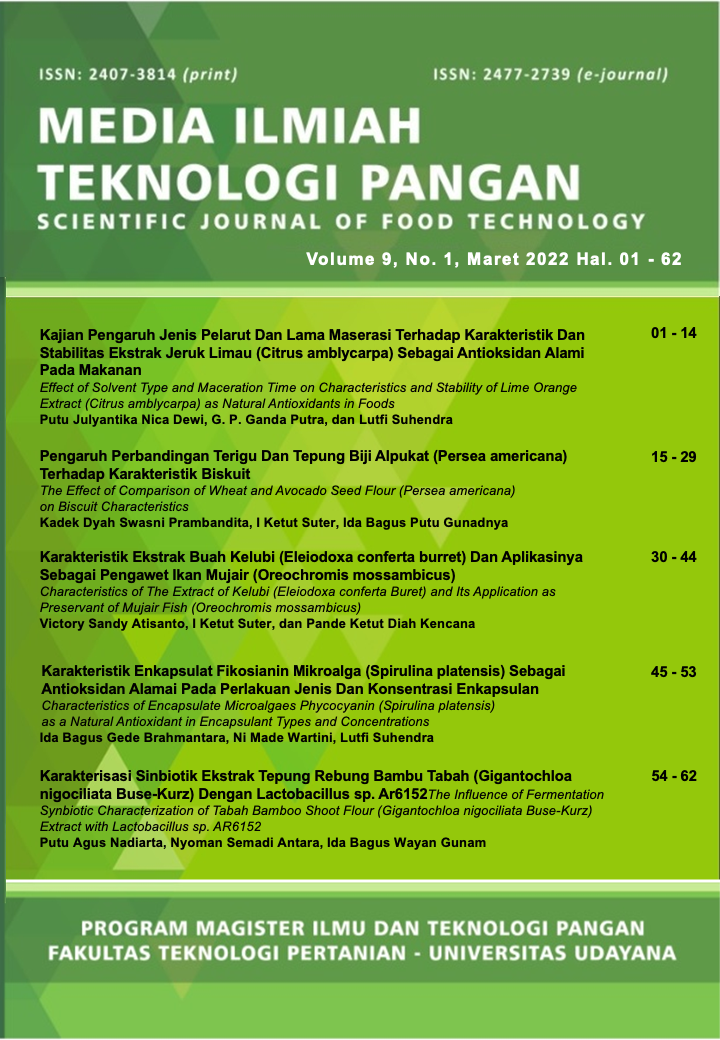