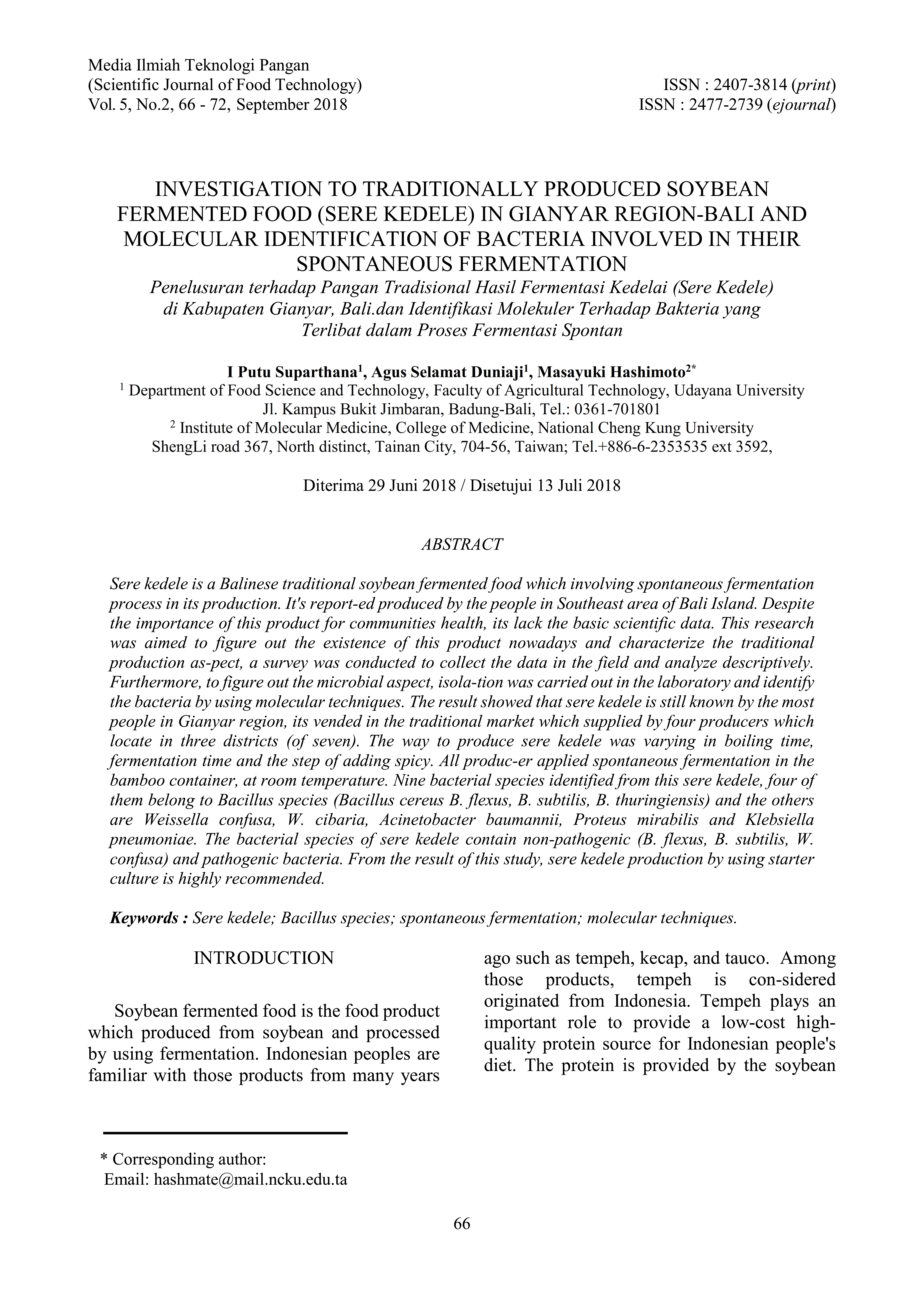 Sere kedele is a Balinese traditional soybean fermented food which involving spontaneous fermentation process in its production. It's report-ed produced by the people in Southeast area of Bali Island. Despite the importance of this product for communities health, its lack the basic scientific data. This research was aimed to figure out the existence of this product nowadays and characterize the traditional production as-pect, a survey was conducted to collect the data in the field and analyze descriptively. Furthermore, to figure out the microbial aspect, isola-tion was carried out in the laboratory and identify the bacteria by using molecular techniques. The result showed that sere kedele is still known by the most people in Gianyar region, its vended in the traditional market which supplied by four producers which locate in three districts (of seven). The way to produce sere kedele was varying in boiling time, fermentation time and the step of adding spicy. All produc-er applied spontaneous fermentation in the bamboo container, at room temperature. Nine bacterial species identified from this sere kedele, four of them belong to Bacillus species (Bacillus cereus B. flexus, B. subtilis, B. thuringiensis) and the others are Weissella confusa, W. cibaria, Acinetobacter baumannii, Proteus mirabilis and Klebsiella pneumoniae. The bacterial species of sere kedele contain non-pathogenic (B. flexus, B. subtilis, W. confusa) and pathogenic bacteria. From the result of this study, sere kedele production by using starter culture is highly recommended.