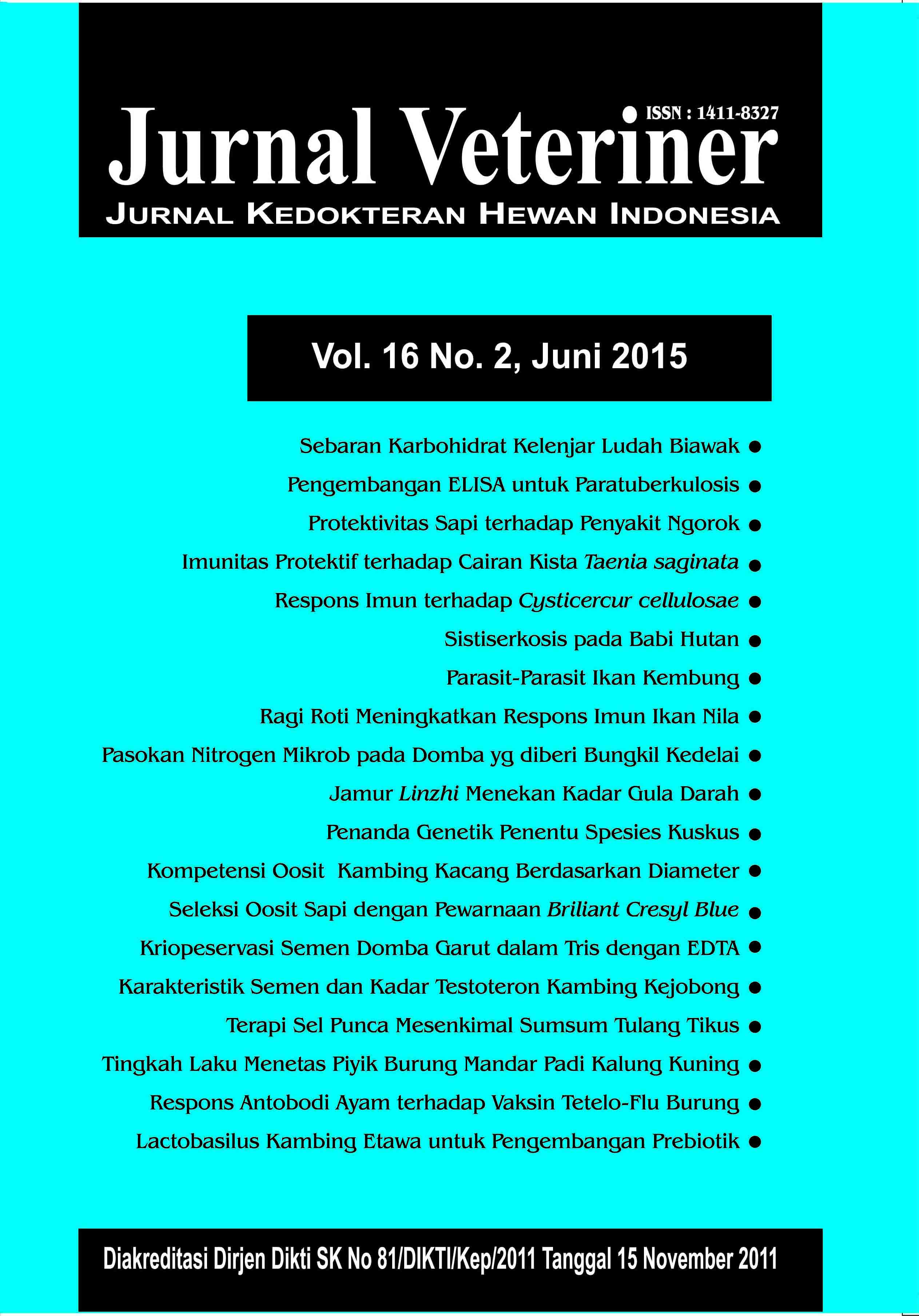 The objective of this study was to determine the anatomical morphology and histology of the intestineof water monitor (Varanussalvator). Intestine organ from an adult male water monito was used in thisstudy. Perfusion was performed to flow the 4% paraformaldehyde fixative solution through the heart.Intestine was collected, then divided into six sections, followed with dipping them into 4% paraformaldehydesolution for four days, continued histological preparations and stained with haematoxylin eosin (HE). Theanatomical morphology observation was performed before the intestine was processed into histologicalpreparations by observing the outer shape of the intestine and measuring it’slength. Morphologicalobservation was made †after processing theintestinal tissue by observing each portion of the intestinalwall structure. The results showed that transverse fold were found on the outer and inner surfaces of theintestine section I-IV, while in the V-VI part of the intestine, the folds were not observed anymore. Theintestine wall consisted of four layers, such as mucosa, submucosa, tunica muscularis, and serosa. Thevilli on intestine section I-IV were relatively longer and higher, while the intestine vili in section V-VI wererelatively short. The entire mucosa in water monitor was coated with absorptive columnar epitheliumwith goblet cells. Based on the result study, it can be concluded that the water monitor has more efficientdigestive process which can be seen morphologically from the relatively short intestinal, has transversefolds on the surface of the small intestine, and does not have cecum. The intestinal wall consists of layersi.e : mucosa, submucosa, tunica muscularis, and serosa.