Donuts are flour based foods. The weakness of donuts is that the basic ingredients used are still imported, so there is an increase in the use of alternative flour, namely millet flour. The research aims to find out the ratio effect of wheat and millet flour to the characteristic of donut, and to determine the precise ratio between wheat and millet  flour which can produce donuts with the best characteristic. This research used a Completely Randomized Design with a treatmen of ratio between wheat flour and  millet  flour which consist by 6 levels: 100%:0%, 90%:10%, 80%:20%, 70%:30%, 60%:40%, and 50%:50%. The treatment was repeated 3 times to obtain 18 experimental units. The data obtained were analyzed by variance and if treatment had a significant effect then followed by duncan test. The result of research showed that the ratio of 80% wheat and 20%  millet flour resulted in the best characteristic of donut with expand power of 116,69%, colour quantity L 52,77, a* 9,51, b*34,37, water content of 25.88% (wb),  protein content of 8.17% (wb), crude fiber content of  5,06% (wb), tannin content of 0,15% (wb), colour golden yellow,  flavor rather liked, texture rather liked and soft, appearance of rather large pores, taste rather liked and overall acceptance rather liked. 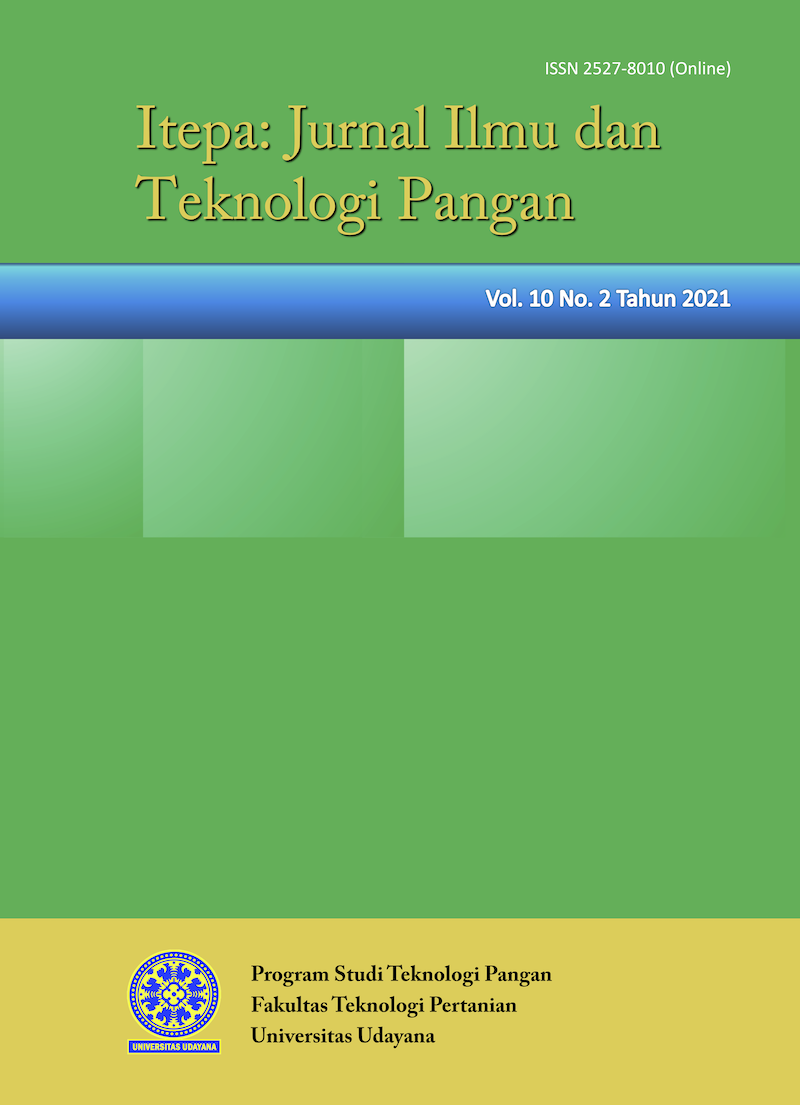