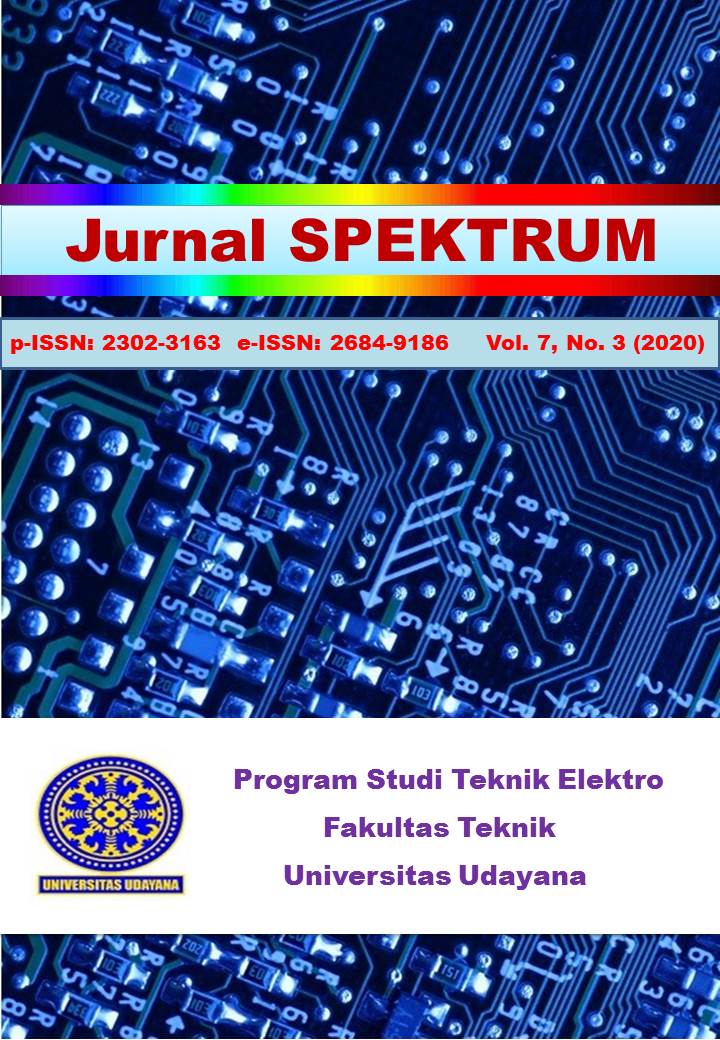 This research is conducted to detect cigarette smoke based on a microcontroller using
MQ-2 sensor equipped with an exhaust fan. This system has three status namely good smoke
level, moderate smoke level and unhealthy smoke level. The concentration of smoke detected
can be monitored by a smartphone, in which the system will send a message via telegram
when the room is detected by cigarette smoke. Based on the research that has been done, the
system made has been able to send the smoke concentration data to telegram, the detected
smoke concentration level and turn on the buzzer and the DC Fan when the smoke
concentration status is in moderate level around 100 - 400 ppm and in unhealthy level around
> 400 ppm. Furthermore, it has been also able to send the comparison of energy
consumption, when both of the fans are off, the energy consumption is 2.42 Wh, and when
both of the fans are on, then the energy consumption is 9.44 Wh.