Range of Motion (ROM) defined as the extent of joint’s movement that occurs when the joint was moved from
one position to another, either passively or actively. Bad habits that done by someone if it done repeatedly and for a
long time could trigger pain and tension around the neck as well as decrease in the flexibility of the neck muscles.
Decrease in muscle flexibility would result in decreased the range of cervical motion that will interfere with a person's
daily activities. The purpose of this study was to prove the intervention Deep Transverse Friction better than Massage
Effleurage in increasing the range of cervical motion as a result of Myofascial Pain Syndrome in Upper Trapezius muscle.
This research was an experimental design with pre and post two group design. These samples included 20 people who
were divided into two groups. Group 1 was given Deep Transverse Friction intervention while group 2 was given
Effleurage Massage intervention. Measurement range of motion was done by goniometer. This research was an
experimental design with pre and post test two group design. The result showed an increase Range of Motion in the
intervention Group 1 amounted 4.65 and intervention group 2 amounted 1.35. Paired sample t-test showed a significant
result between intervention group 1 and intervention group 2 with p = 0.000. Difference test between group 1 and group
2 using Mann Whitney U-test was obtained p = 0.000. It was concluded that Deep Transverse Friction intervention better
than Effleurage Massage in increasing the range of cervical motion. 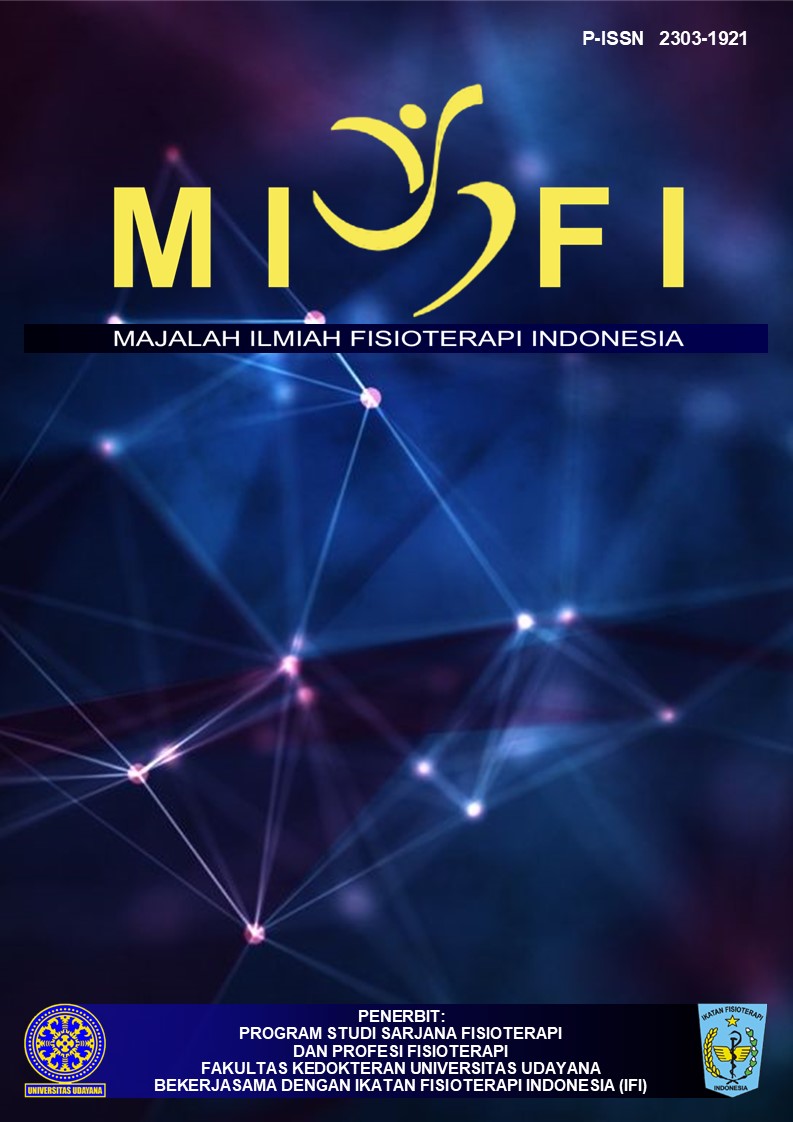