Abstract: Balinese Frame of Reference. Wassmann and Dasen (1998) did a study on the acquisition of Balinese frames of reference. They pointed out that, in addition to the dominant use of absolute system, the use of relative system was also observed. This article aims at verifying Wassmann and Dasen’ study. Employing monolingual Balinese speakers and using linguistic and non-linguistic tasks, Aryawibawa (2010, 2012, 2015) showed that Balinese subjects used an absolute system dominantly in responding the two tasks, e.g. The man is north/south/east/west of the car. Unlike Wassmann and Dasen’s results, no relative system was used by the subjects in solving the tasks. Instead of the relative system, an intrinsic system was also observed in this study, even though it was unfrequent. The article concludes that the absolute system was dominantly employed by Balinese speakers in describing spatial relations in Balinese. The use of the system seems to affect their cognitive functions. 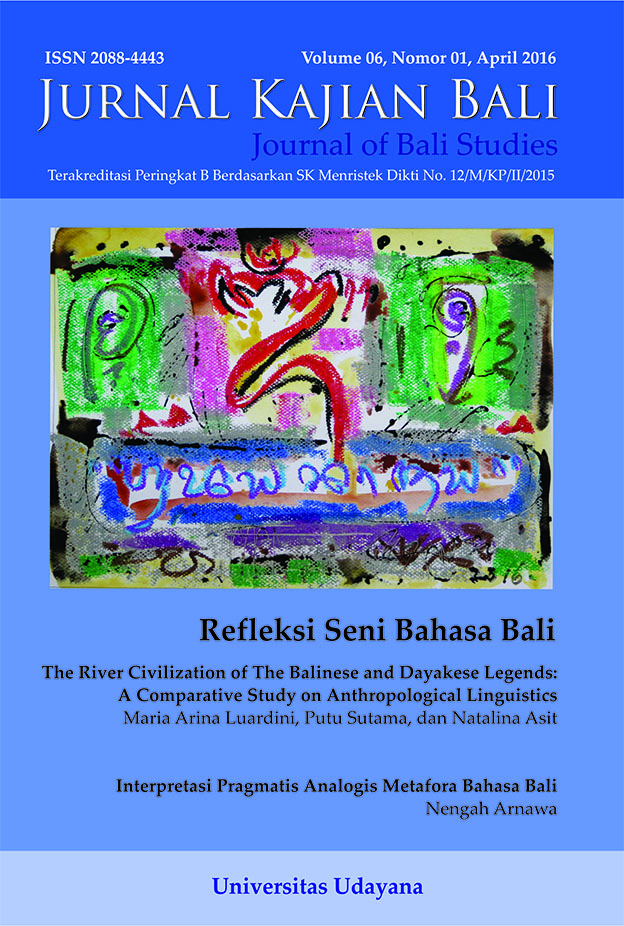