Puri is seen as ’ista dewa’- a place for the king. In the era ofancient Java there was no clear difference between puri and pura– ista dewata which is a sacred complex to carry out religiousactivities to worship deva. Puri and pura in Sanskrit mean cit,palace, city centre, kingdom, or settlement that is surroundedby a high wall. But later on, pura develops a new meaning as asacred place for Bali Hindu, while puri still means a palace.As a comparative study, this paper develops its argumentsbased on a literature review and physical observation ofthe Puri Agung Sukawati and its surroundings. This puri islocated in Sukawati District of the Gianyar Regency. This puri/kotaraja still holds a representative historical record. This studyaims at analyzing the intimate relationship between the puriand its environment. This manifests itself particularly in theaccommodation of various social dimensions within the lay outand spatial arrangement of the palace.This paper proposes that Puri Sukawati has a specific spatialpattern. Apart from its spatial structure, the physical layout ofthis kotaraja incorporates as a concept and the philosophy of agridiron planning. Its buildings are designed based on Balinesetraditional architectural principles and its structural compositiondemonstrates an ideal kotaraja/puri plan. This overall strategyrepresents intimacy and is designed in accord with the socialenvironment that each kingdom contains. Furthermore, thisspatial uses and spatial pattern of a puri is a reflection of thecomplexity of its social structure which is represented by thevarious clans who live in it.The spatial hierarchy of Puri Sukawati is therefore set to accommodate various positions, tasks and duties executed byeach clan. Based on archeological and historical evidence, Balinesetraditional architectural forms and practices of Puri Sukawati,including its sacred and profane meanings and symbols, areconsistently discovered in every spatial arrangement. Thisoverall spatial matrix does not come in a single form, but in avariety of different representations. 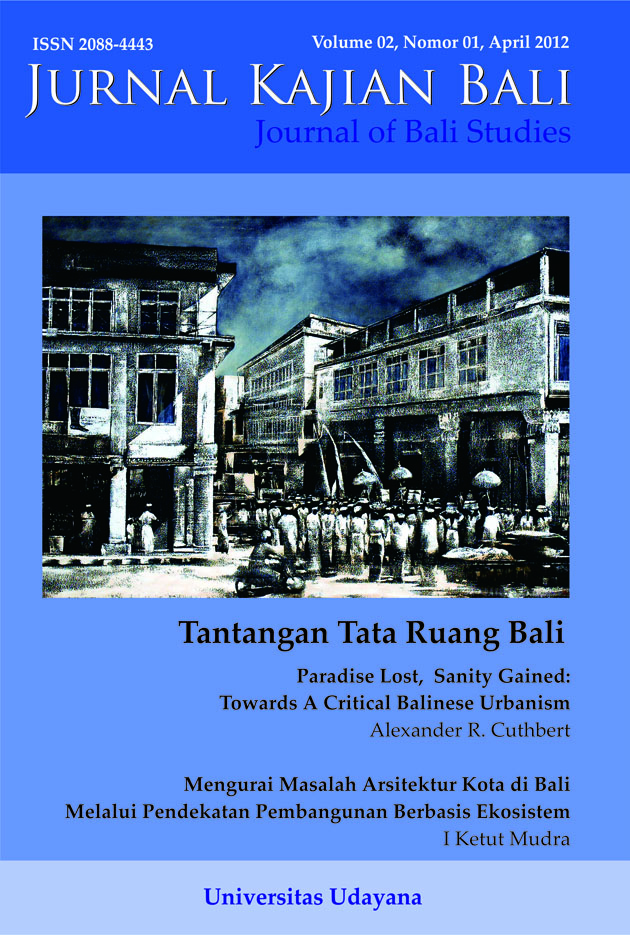