Sensitivity of Local Earthworm from Baturiti District to Organic Fertilizers and Synthetic Pesticides. Earthworms were functional soil macro organism that play important role in soil ecosystem. They had known to be sensitive and susceptible to agrochemicals. Two series of study were conducted in order to determine (1) the effect of agricultural substances on avoidant behavior and (2), mortality, and biomass of the indigenous earthworms taken from vegetable fields in Baturiti Districs, Province of Bali during September 2017 - January 2018. The research was completely randomized designed to test two factors of treatment and replicate 3 times. The first factor of treatment was earthworm type collected from organic (belongs to Lumbricus terestris) and conventional (belongs to Ponthoscolex corethrurus) vegetable fields. The second factor was agriculture substances under recommended dosages, namely: furadan, ridomil (both are synthetis pesticides), and cow manure, chicken manure (organic fertilizers), that compared to control (the soil habitats without addition of agricultural substances). The results showed that no interaction was significant between earthworm type and agricultural substances. The tested agricultural substances influence the avoidance behavior, mortality and biomass of earthworms. Most earthworms moved to the control and organic fertilizers and avoid synthetic pesticide treatments. The earthworm mortality was only found in pesticides treatment i.e. furadan (30 %) and ridomil (20 %). The earthworm biomass was decreased on control, furadan, and ridomil treatments, but it increased only in the treatment of chicken manure. The highest change of earthworm biomass was in chicken manure treatment (0.02) and lowest in furadan treatment (-0.07). 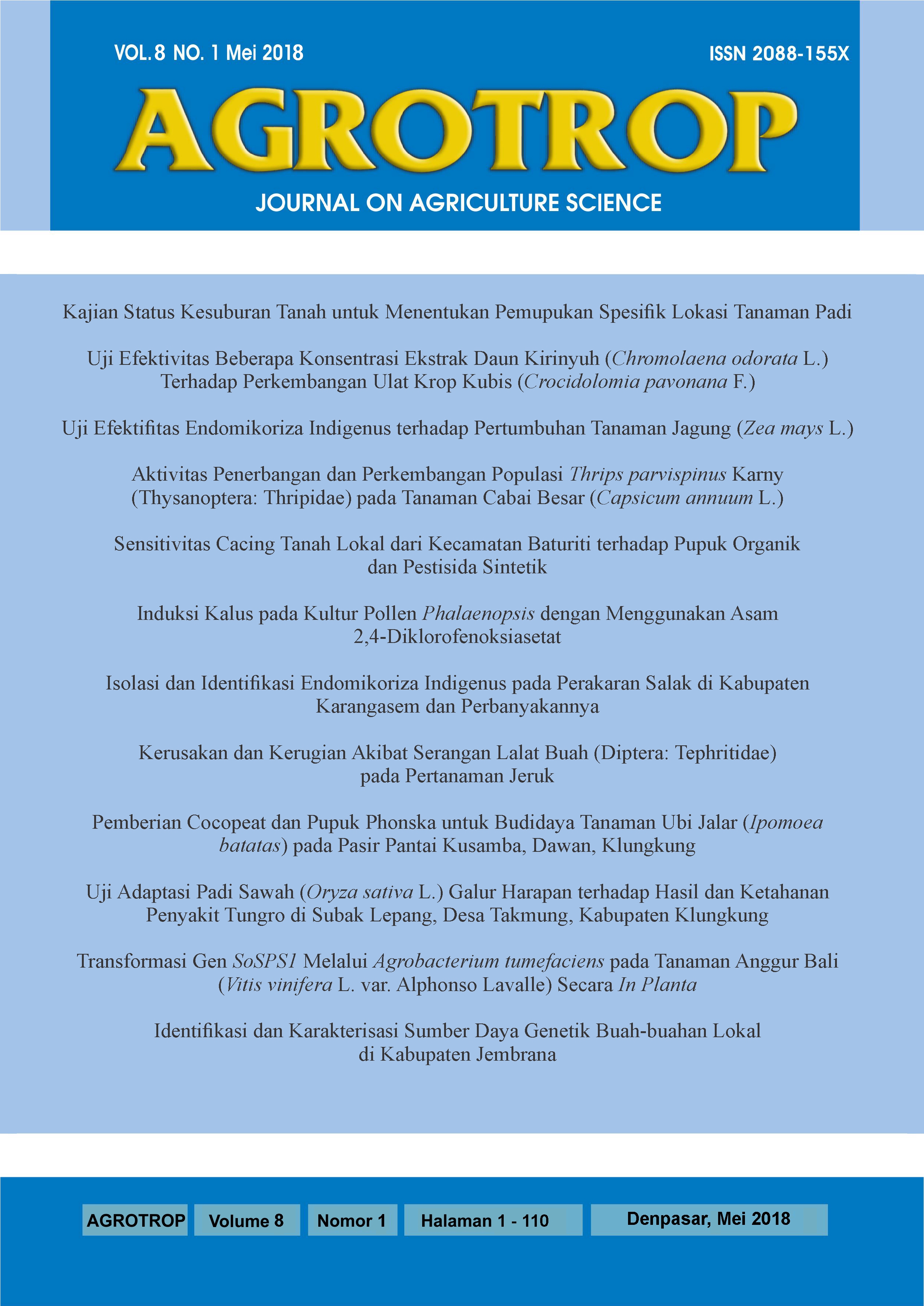 Agrotrop : Journal on Agriculture Science is a scientific journal in the field of Agriculture. Agrotrop Journal of Agricultural Sciences is published twice a year in May and November by the Faculty of Agriculture, Udayana University.

View My Stats in StatCounter