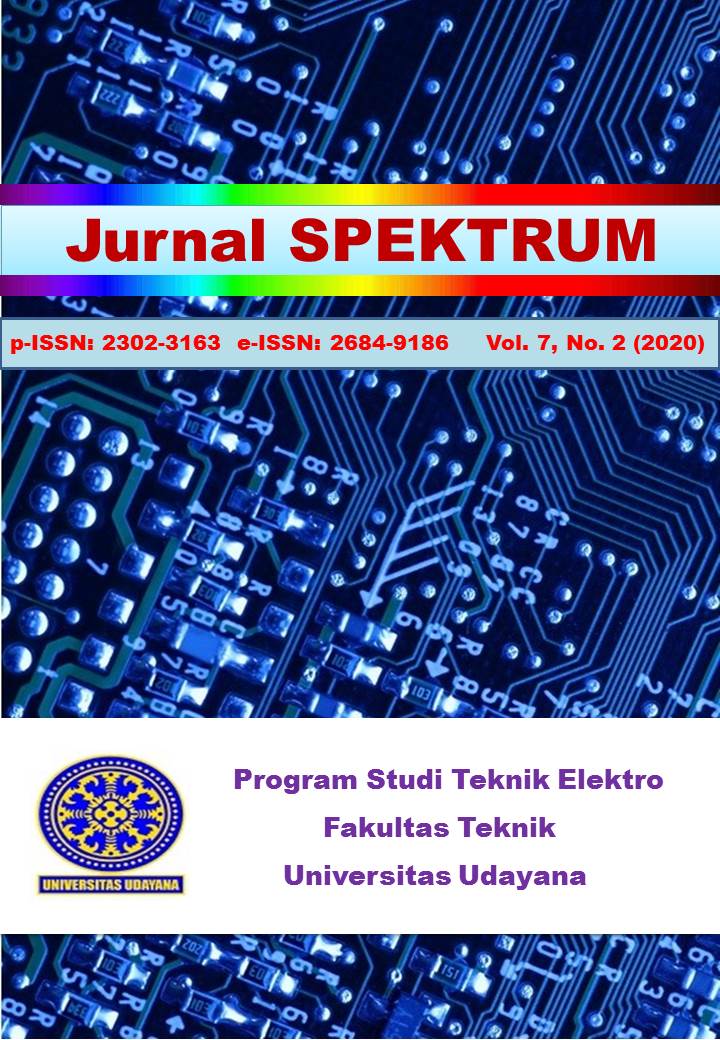 Modern electrical systems are characterized by extensive interconnection systems
with the need for electrical energy and control depending on the control system. One
electricity system that has been widely interconnected is the Bali electricity system. The Bali
system using island mode has four generating units that can supply electrical energy needs
including UP Pesanggaran, UP Celukan Bawang, UP Gilimanuk and UP Pemaron. But it
must be remembered in supplying electrical energy needs are also affected by the constant
change in load, resulting in instability in the electrical system. So the need for a control
system that can increase the value of damper such as the Power System Stabilizer (PSS). PSS
can be used to reduce frequency oscillations when interference occurs, but for PSS design it
gives less good performance in different operating conditions. Problems with PSS occur due
to errors in modeling, input value input, and topology variations. Efforts are made to reduce
errors in PSS by using methods that are expected to overcome this problem, namely the fuzzy
logic controller.The results of the analysis show that the system performance index using
fuzzy logic is 78.6064. Fuzzy logic has the ability to damp better and reduce errors better.