To uncover and interpret  hospitality language practice, the theory of structuration is applied. Theory of pragmatics is  used to analyze the linguistic phenomena. Based on the frame of structuration, this  research is identified in four issues, namely (1) the structure of hospitality language, (2) the system of  hospitality language, and (3) hospitality language as a representation facework. Problem (1) and (2) are analyzed by ethnography of communication. Problem (3) is analyzed using speech act theory and politeness theory. This study is a qualitative research, due to explore, pattern, interpreting the language practices, so it does not use statistical analysis to generalize the results. Population is not  in large quantities, but using purposive sample to determine the number of informants based on the criteria and representativeness in service encounter. In addition, language behavior in general is homogeneous. Data collected by the ethnography of communication methods, observation, and recording. The data selected are English due to English as the main foreign language in the service interaction. 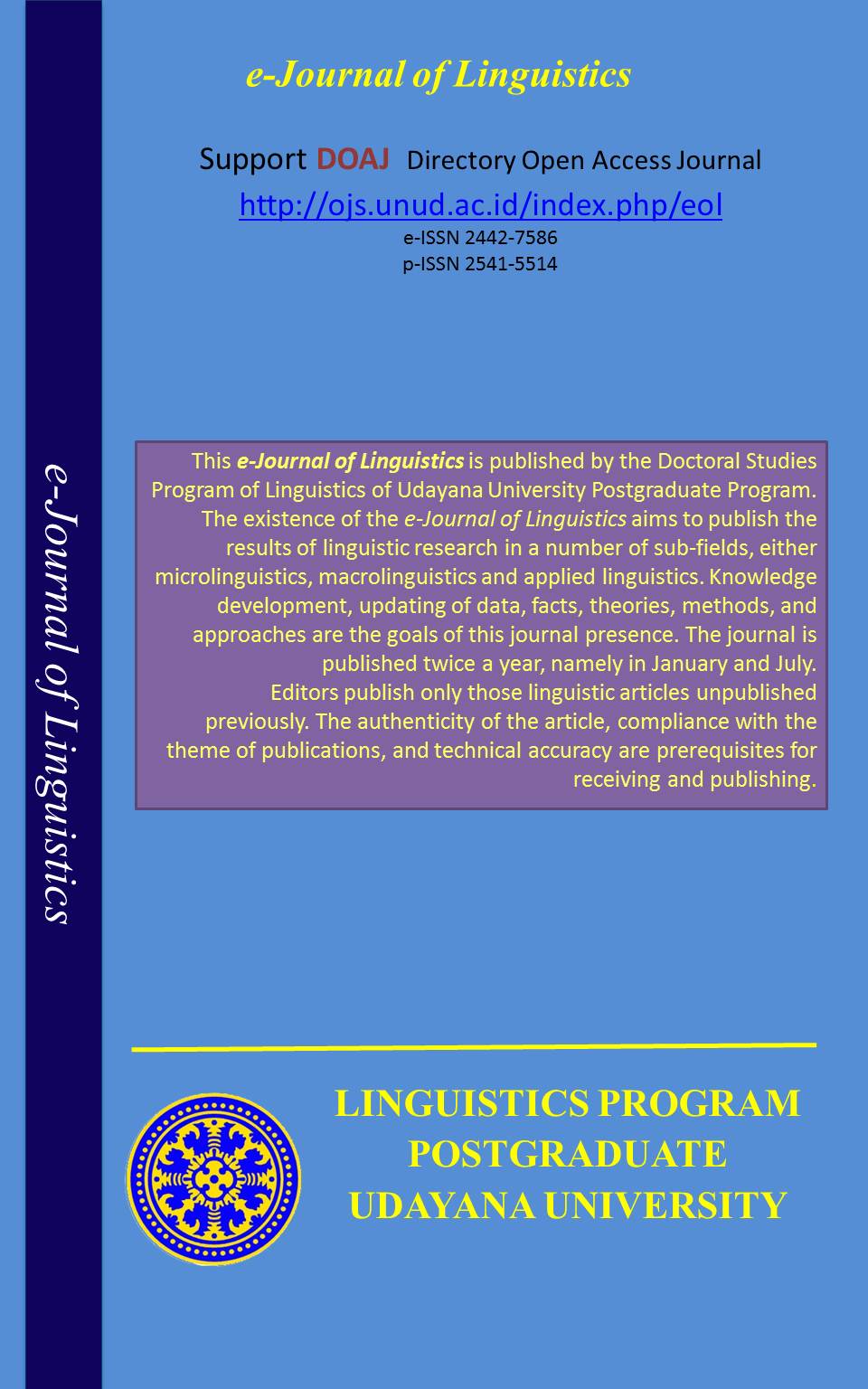