Rust Disease Epidemiology of Maize (Zea mays L.) in South Denpasar. Rustdiseases consists of Southern rust, Common rust, and Tropical rust, has contracted causingsubstantial losses in maize in the world. Disease began to be seen attacking the corn crop inSouth Denpasar. The purpose of this study to determine the presence of rust disease on corn ,contracted diseases, epidemiology, and weather factors that dominate affect diseaseprogression. Place of research conducted in South Denpasar, the time from April to June2016. The study used survey methods at the center of the corn crop, and then determine thesample of plants by taking a random 20 corn plants in each plot, which was repeated 3 times.The results showed that the type of rust that attacks corn planting area in the south ofDenpasar was a kind of Southern Corn Rust, caused by the fungus Puccinia polysora.Pathogens can be identified by urediniosporanya, which is elliptical, there is also a round withno makrokopis symptoms on the leaves are brown reddish yellow . Epidemiology of diseasesincluded in the criteria being the epidemic range from 0.054 to 0.329 per unit per day. Therelationship between temperature and humidity with the intensity of the disease were notsignificantly different, but the relationship temperature with infection rate was significantlydifferent, while relationship humidity with infection rate was significantly different. Multipleregression temperature and humidity with infection rate was highly significant. 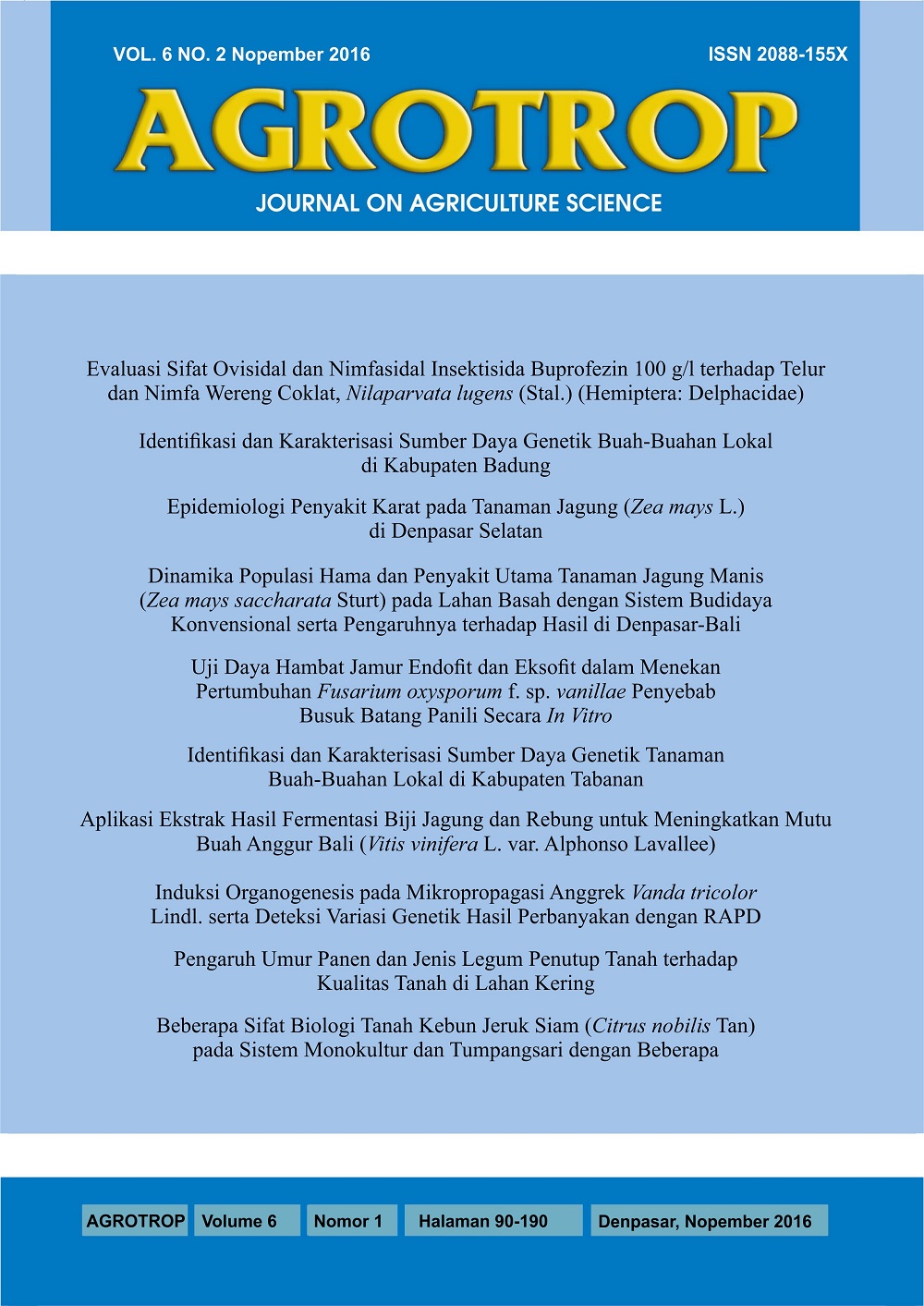 Southern rust; common rust; tropical rust; the percentage of disease, the intensity of the disease and the rate of infection

Agrotrop : Journal on Agriculture Science is a scientific journal in the field of Agriculture. Agrotrop Journal of Agricultural Sciences is published twice a year in May and November by the Faculty of Agriculture, Udayana University.

View My Stats in StatCounter