The research aims to determine the anatomical structure of the leaf stalk fiber Coconut
(Cocos nucifera L. "Rangda") on the seedling and parent plant. Sampling was conducted at
Sanghyang village Melaya district, Regency of Jembrana. Preparations and microscopic
observations made in the laboratory of Plant Development Structure Biology Department,
FMIPA Unud. The research was conducted in October 2012 - April 2013. Maceration method
used for preparations sklerenkim fibers and xylem elements. The results showed that the
anatomical parent plant and seedling petiole were torque and mostly composed by
sclerenchym fibers but in the parent plant more torque than seedling. In the parent plant about
81% the sclerenchym cell was torque but in seedling only 13%, with an average number of
17 ± 1 torsion of the parent plant and 6 ± 1 in seedling.
Keywords: the fiber structure, torque 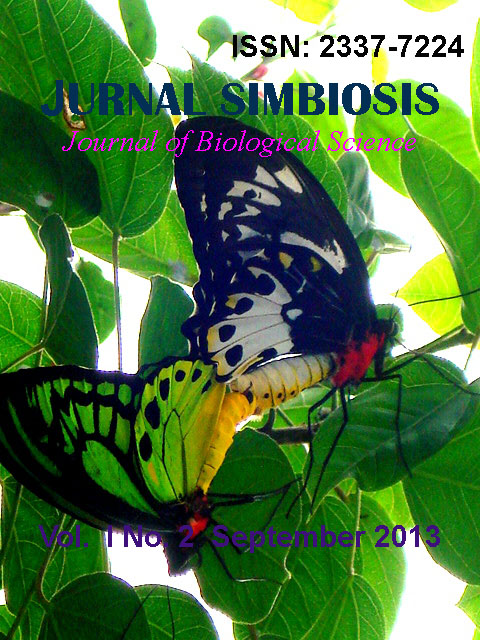