This study aims to determine the optimal dosage of manure derived from cattle fed concentrated rations supplemented ammonium sulfate which can increase the productivity of Pueraria phaseoloidesvar .Javanica. The design used in this experiment was Completely Randomized Design (RAL) with 4 treatments and 5 replications. The four treatments were fertilized with doses of 10, 15, 20 and 25 tons / ha, respectively for the treatment of A, B, C and D, so overall there were 20 pot experiments. The study was conducted for 12 weeks. Observed variables were plant length, number of leaves, number of branches, dry weight (DW) of leaves, DW of stem DW, total BK, leaf color, leaf stem ratio (LSR) and leaf weight ratio”(LWR). The results showed that legumes treated A B, C and D produced high crop, leaf area, leaf color, LSR and LWR were not significantly different (P> 0.05). The treated legume C. resulted in a significantly higher leaf number than the treated legume A, B and D (P <0.05). The number of branches and DW leaves on legumes treated with C were significantly higher (P <0.05) than those receiving treatment A. and were not significantly different with legumes treated with B and D (P> 0.05). The DW of stem and total DW production from legume treated C were significantly higher with those treated with A and B (P <0.05) and the difference was not significant with those treated with D (P> 0.05). From the results of the study it can be concluded that legume treated with C or fertilized with manure derived from cattle fed concentrate containning diet supplemented ammonium sulfate at a dose of 20 tons / ha yield of leguminous productivity Peuraria phaseoloides var. javanica maximum. 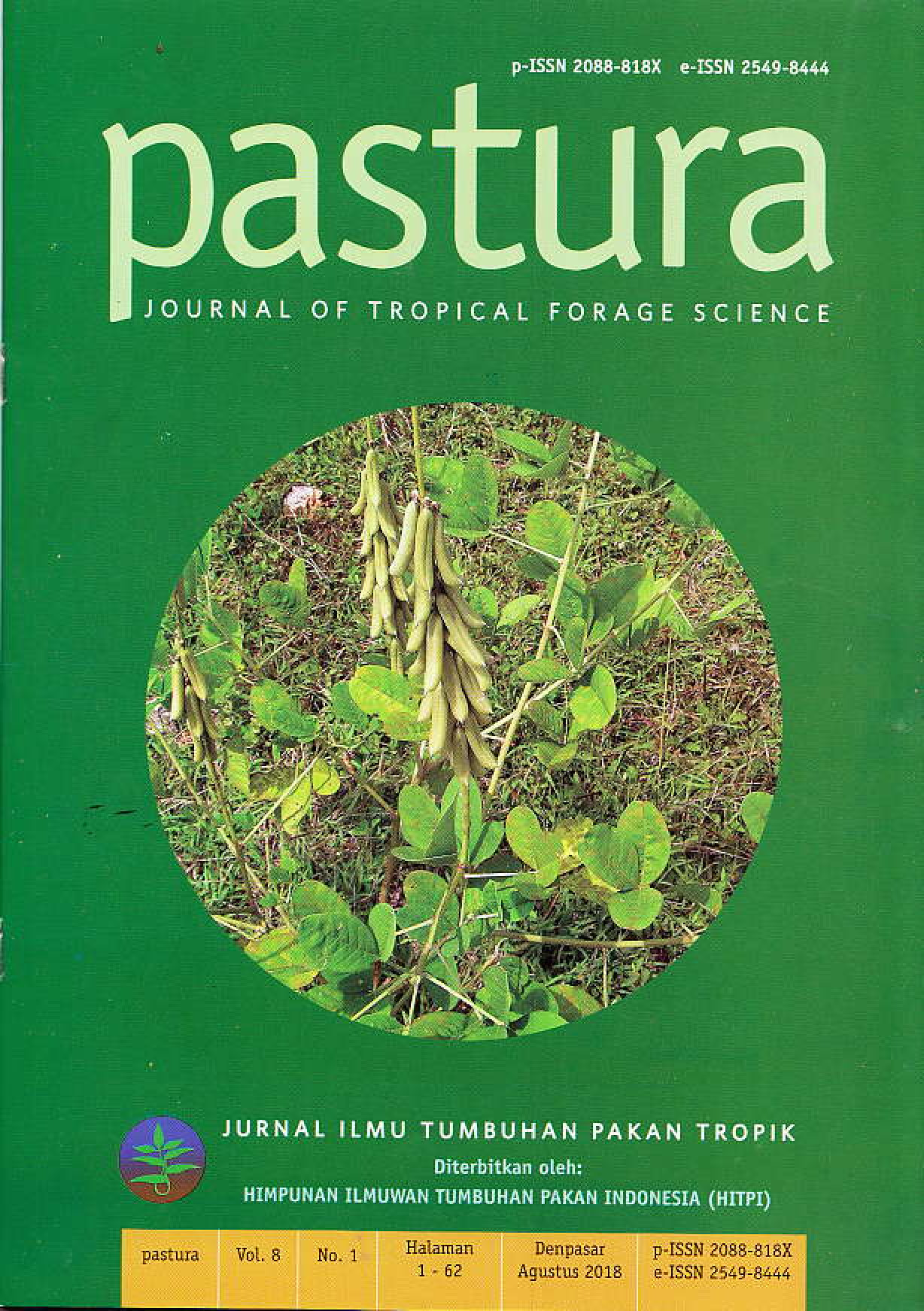