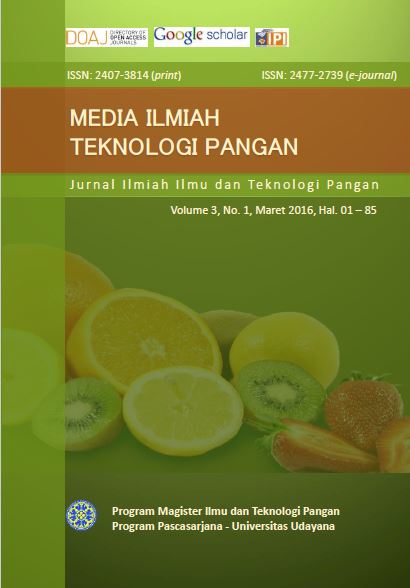 Result of research showed that A.parasiticus were susceptible to grow in maize flour and produce aflatoxin B1 during storage. The population of A. parasiticus in maize flour were  9.5 x 105 d in primary storage (0 days) that was the total colony were increasing  .7 x 106 (storage 5 days), 2.5 x 107 (storage 10 days) and 1.5 x 108 cfu/g with storage 15 days