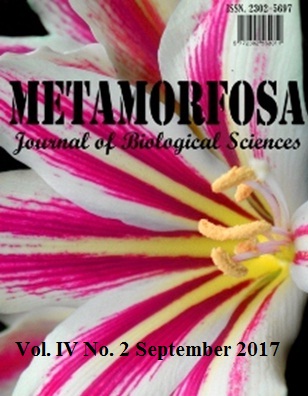 Candidacies in female reproductive tract are mainly caused by Candida albicans. This infection often causes serious problems, particularly on their reproductive tract (genital part). Until recently, control of this infection has relied on the use of antibiotics. However due to numerous bad side effects of antibiotics, lactic acid bacteria have been proposed as an alternative method to control the growth of Candida albicans. Therefore, this research was aimed to isolate, screen, and characterize lactic acid bacterial isolates (LAB) antagonistic against Candida albicans (the causative agent of candidacies infection in reproductive tract of human). LABs were isolated from various fermented foods, such as tape ketan and kimchi. Isolation of LABs was conducted by applying dilution and spread plate method on MRS agar medium supplemented with BCP indicator to distinguish LABs from non acid-producing bacteria. Colonies with indication to produce acid were screened for antagonistic activity against C. albicans on MRS agar and followed by characterization of those isolates (Gram stain, catalase production test, oxydase production, gas production test, resistance test to low pH conditions and to high level of NaDC (sodium deoxicolic), and test for ability to convert colic acid (CA) into deoxicolic acid (DCA)). The results showed that 46 LAB isolates were successfully isolated from samples of tape ketan and kimchi. Among those, 7 isolates showed antagonistic activity against C. albicans in in vitro tests. All these 7 candidates were also found to be resistance to low pH conditions (up to pH 2) and to high level of NaDC (up to 0.6 mM). Four most potential isolates were further testes for ability to convert colic acid into deoxycolic acid and none showed positive result, indicating that they all showed initial potential and safe for future human probiotic development (especially to be used to treat patients infected by C. albicans).