Abstract – This research was conducted in order to identify verb valency pattern found in reviews on TripAdvisor uploaded by visitors of Padma Resort Legian. It was executed as a descriptive qualitative research which complied with observation and note-taking method for data collection (Sudaryanto, 2015), continued by data analysis in accordance with Verbs and Their Satellites theory by D.J. Allerton (2006). The sample data was taken from reviews posted for Padma Resort Legian in TripAdvisor. It was compiled and analyzed in Microsoft Excel pivot table. Most of the verb valency pattern found consists of auxiliary verb with subject and predicative as its elaborators functioning as object. In terms of its transitivity, verb valency patterns on reviews were dominated with bi-valent, followed by tri-valent, mono-valent and tetra-valent in number. 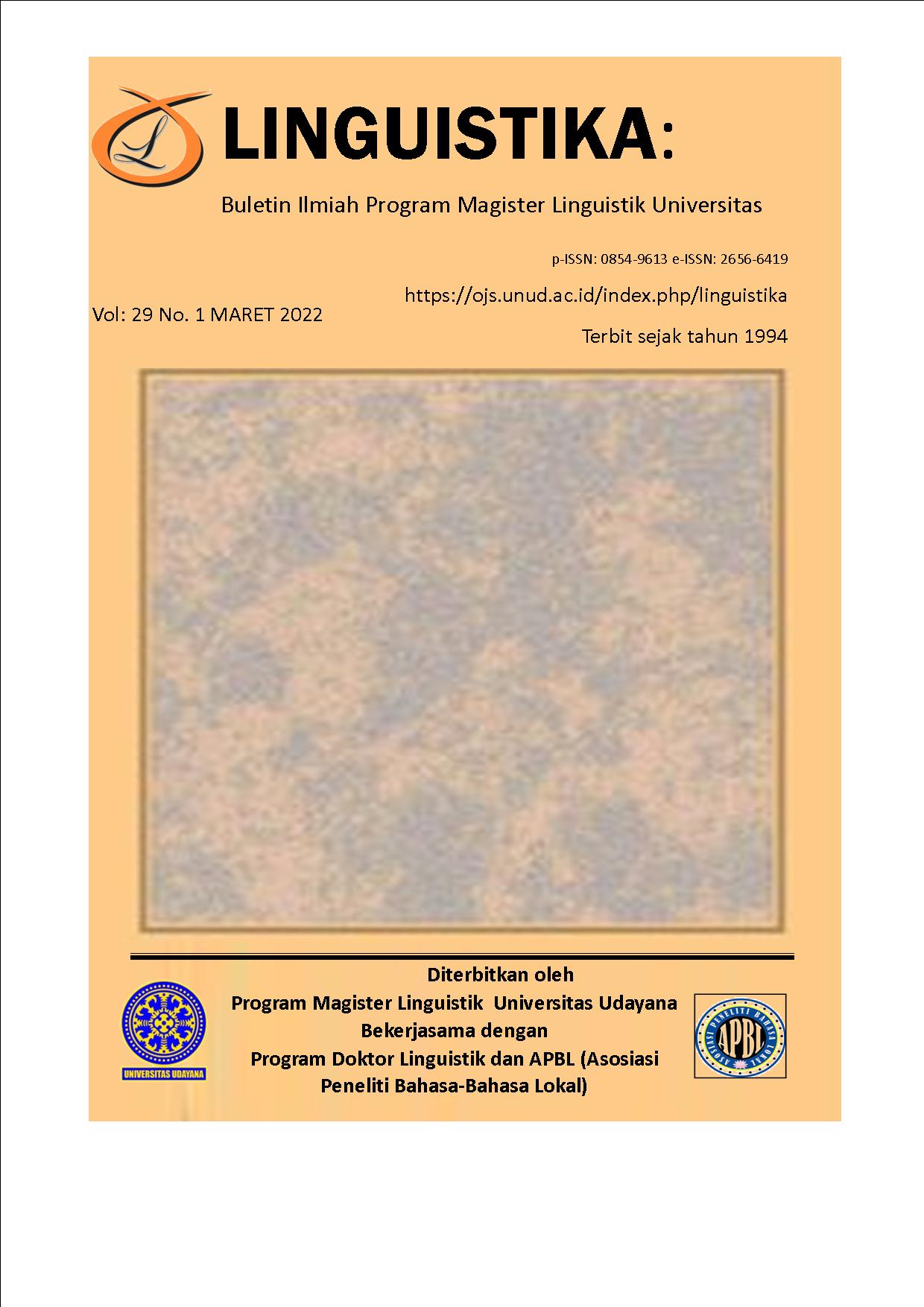