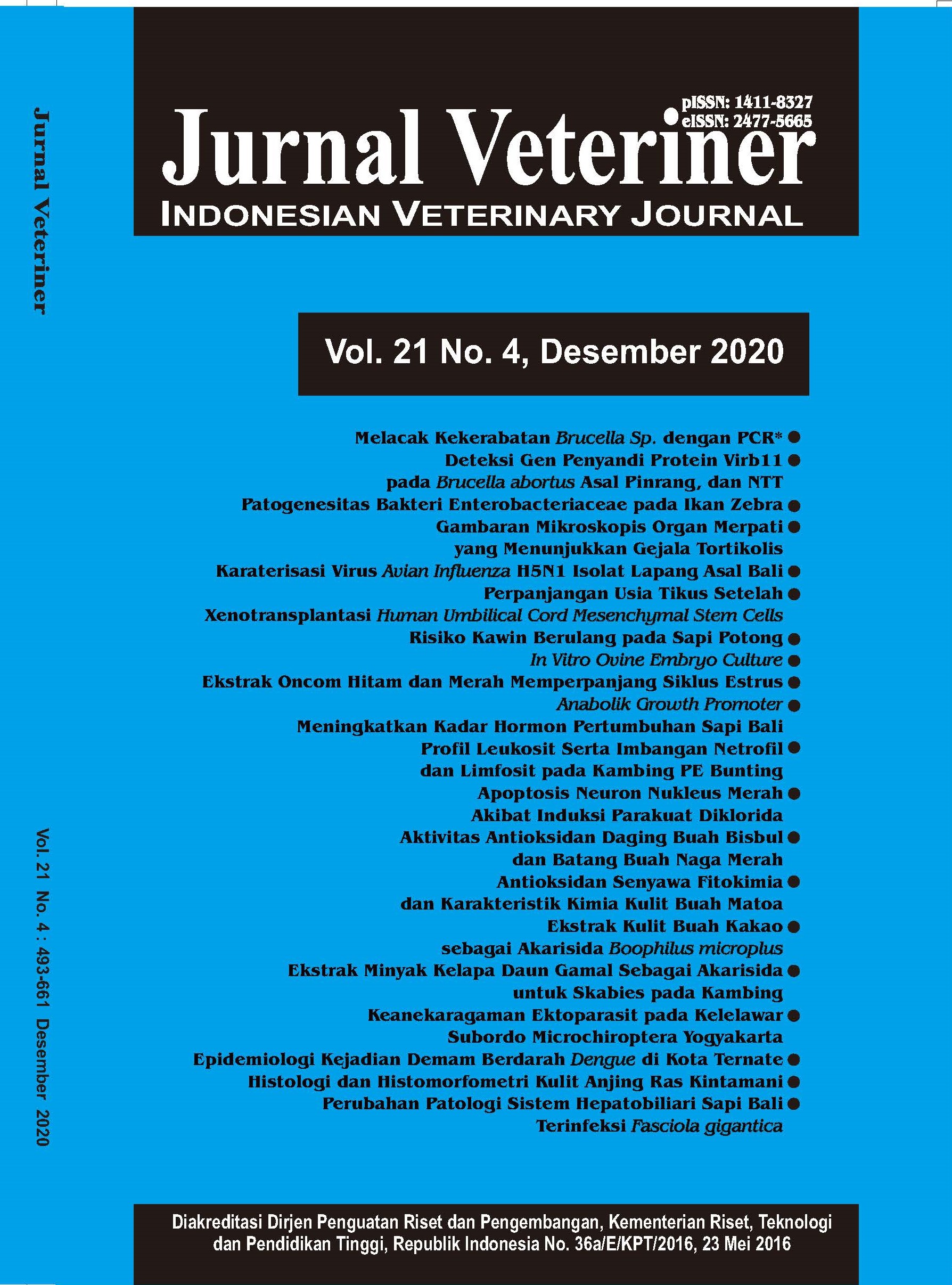 Ectoparasites in bats can cause a decrease in health and can be a disease vector. Ectoparasites found in bats are generally members of the Insect Class and Arachnida Class. This study was aim to determine
the diversity of ectoparasites in bats of the Microchiroptera suborder in Jepang Cave, Plawangan Hill, Sleman, Yogyakarta and knowing various factors that influence the existence of these ectoparasites in bats. Catching bats is done by mist net, bats are anesthetized and morphometric measurements are carried out. Descriptive methods are used to identify bats and their ectoparasites and analyze the abundance of ectoparasites using prevalence and intensity. Identification of ectoparasites were carried
out in the Animal Systematic Laboratory of the Parasitology Section of the Faculty of Biology, Universitas Gadjah Mada, by using the book of ectoparasites identification. Bat species were ound include Miniopterus schreibersii and Rhinolopus pusillus. The results showed that ectoparasite species were found in the bats
of the Microchiroptera Suborder from the Subclass Acarina and the Insect Class. The species of Subclass Acarina found were Periglischrus sp., Spinturnix plecotinus, Blattisocius sp., And Glycyphagus sp. Species
of the Insect Class found include Megastrebla sp., Stylidia caudata, Basilia sp., and Brachytarsina sp. The prevalence of R. pussilus in Jepang Cave, was 66.67% and it is frequent. The ectoparasite intensity category
of Periglischrus sp. was 0.72, meanwhile Glycyphagus sp. and Stylidia caudata were 0.06, which is very low.