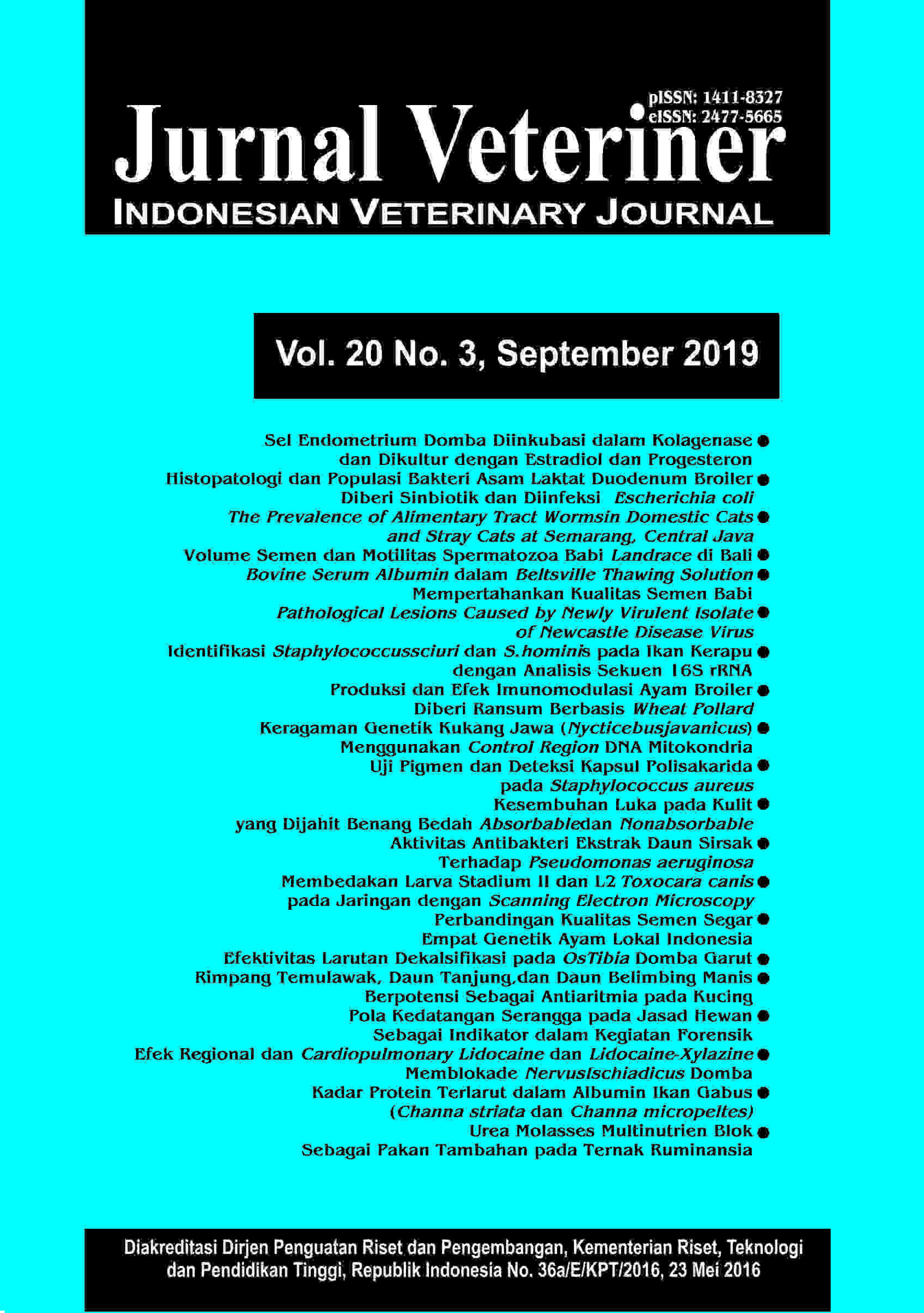 Decomposition stage of carrion will attract various species of insects to come. Some species of insect will attract on carrion in the early stage of decomposition, but some of them in the late stage of death. The purpose of this research were to observe and analyze the distinctive features of insect succession on carrion that could predict the time of death. Two carrions were placed in indoor and outdoor. Insect collection and observation was done three times a day i.e, morning, afternoon and evening. Adult flying insects were collected by sweeping net, whereareas immature insect with manual. The result showed that decomposition of the carrion  indoor were  faster than the corrion outdoor. In  outdoor there were found orders of Diptera  (i.e Muscidae, Calliphoridae, Sarcophagidae,Tachinidae), Coleoptera (Chrysomelidae, Staphylinidae, Scarabeidae, Silphidae), Hymenoptera (Formicidae),  Hemiptera, Blataria and Orthoptera (Grillidae). However, in indoors there were found the order of Diptera (Muscidae, Calliphoridae, Sarcophagidae, Tachinidae), Coleoptera (Chrysomelidae, Staphylinidae, Scarabeidae, Silphidae), Hymenoptera (Formicidae), Hemiptera, Aranea, and Lepidoptera. Decomposition stage of carrion indoor faster than outdoor. In the early stage to the decay stage, insects that came on carrion outdoor and indoor were Diptera (Calliphoridae, Tachinidae, Muscidae, and Sarcophagidae. On the post decay and skeletonization stage the insect that come were Coleoptera (Staphylinidae, Chrysomelidae, Scarabeidae, and Silphidae ). Hymenoptera (Formicidae) came from early stage to skeletal stage.