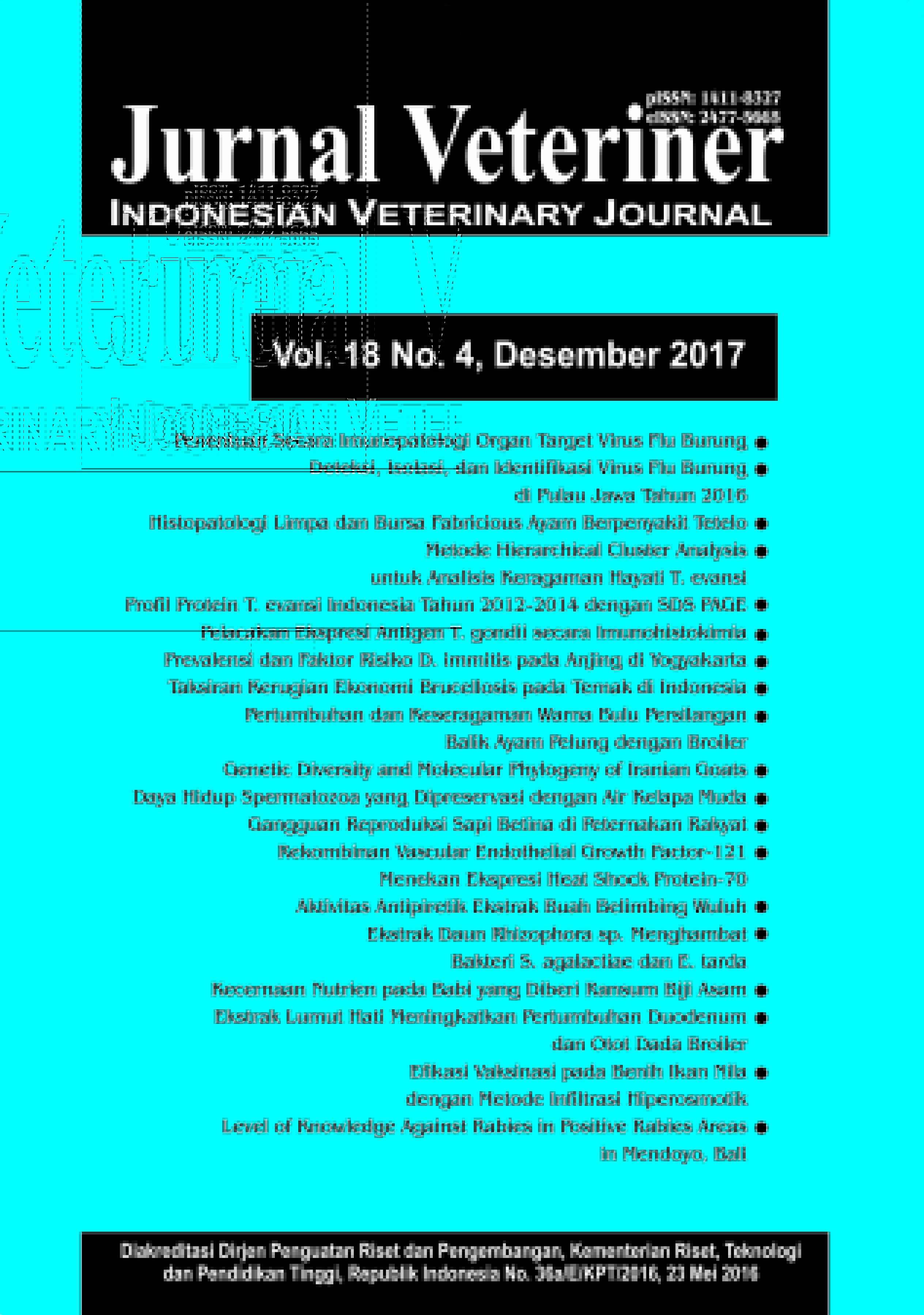 The aim of this research was to determine the female reproductive disorders in cattle reared by local farmers in the Distric of Kaliori, Rembang Regency, Central Java Province. A total of 94 cattle were used, in which had minimal one of each incisors had been replaced. The study used survey methods, and data were collected by interviewing with ranchers, rectal palpation, identification of the incisors, and body condition score of the cattle. In the implementation of the study, cattle were taken to a place determined by the chairman of the group of farmers (field or home page). The parameters of study were unheard of oestrus or not, the amount of artificial insemination, the number of incisors changed, body condition score of each cattle, the feed given, and their maintenance. The data were analyzed using statistical descriptive analysis on the mode, range, and percentage. The results showed that of the 94 cattle, which have disorders of reproductive activity as much as 80. Samples with impaired reproductive activity were divided into three groups. The first group was the old heifers that had no oestrus 25.00%, the second group was cattle that were more than three times applied artificial insemination and had not been pregnant 45.00%, and the third group was cattle that more than three months after the last giving birth had no oestrus 30.00%. The other reproductive disorders that occured in individual of the cattle was inactive ovaries (follicle undeveloped) 2.50%, 6.25% ovary hypofunction, ovarian cystic 1.25%, endometritis 2.50% and 2.50% abnormal uterus. In conclusion, the largest reproductive disorders in cattle caused by nutritional factors that provided by the farmers, and small disturbances due to some diseases and abnormal reproductive organs.