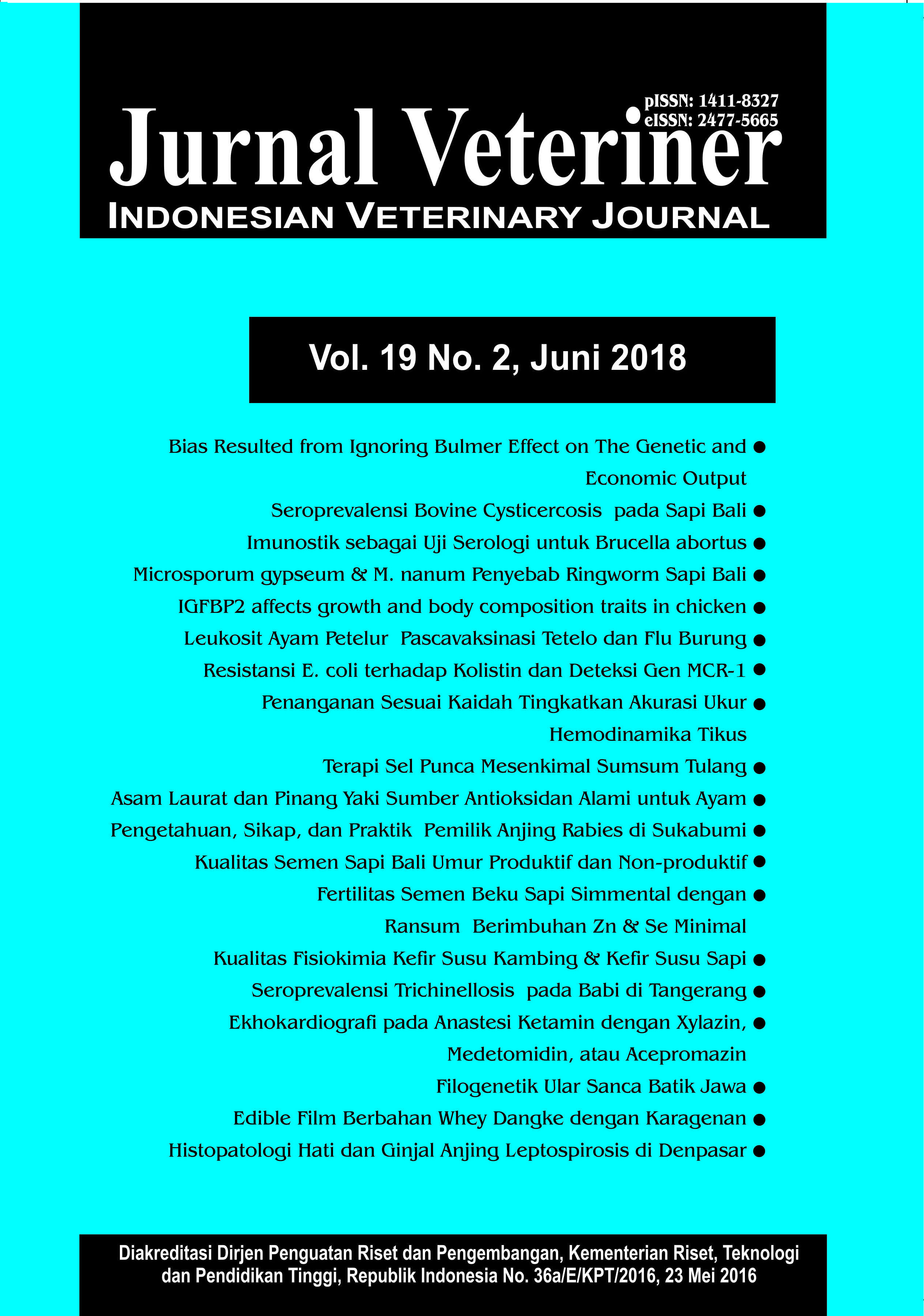 Ringworm is an zoonotic infectious skin disease that can infect many types of animals. This disease is caused by dermatophytes fungi. Ringworm cases in cattle were quite widely reported in various countries but a report about the dermatophytes fungi that caused ringworm in bali cattle have never been published. It is very important in the efforts to give more effective therapies. This study aimed to identify the species of dermatophytes fungi that caused ringworm in bali cattle. Eight bali cattles suspected ringworm samples were taken using superficial skin scraping and trichogram (hair pluck) technique.  The samples of skin scrapings dan hair on the area of the lesion were taken for direct microscopic examination to find the presence of fungal elements (hyphae or arthrospora). They were dropped with 10% KOH, were allowed for 10-15 minutes, then were observed using microscope. Skin scrapings dan hair samples that showed positive results were cultured on Sabauroud’s Dextrose Agar (SDA) medium for 1-3 weeks dan were identified using Lactophenol Cotton Blue with microscope. The data were analyzed descriptively. Dermatophytes fungi that isolated dan identified were Microsporum gypseum (75% or 6/8) and Microsporum nanum (25% or 2/8). Both of these fungi have ectothrix invasion/infection tipe, which is the forming of arthrospores/arthroconidia is only on the surface/superficial hair shaft therefore the topical therapy is sufficient to resolve the infection.