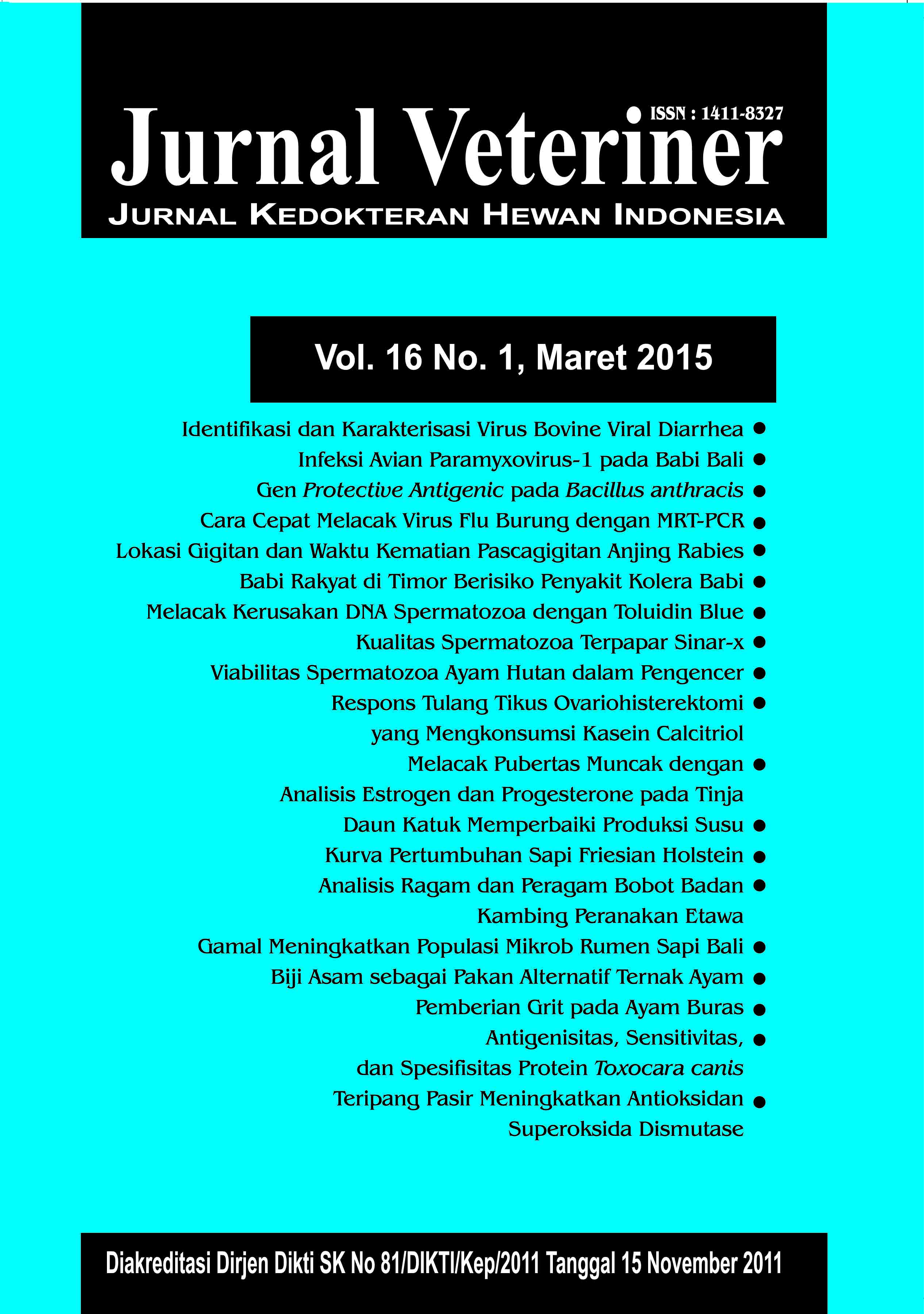 The aim of this research were to determine antigenicity, sensitivity, and specificity of Toxocara canisprotein used as antigen in indirect-ELISA for the detection antibody against the worm in the infected hostin order to proper diagnose kit. The design used was true experimental, with Post-test Only ControlGroups Design. Mouse was immunized with various worm homogenates used to antigenicity, sensitivityand specificity tests of T. canis protein with indirect-ELISA technique. The independence variable werevarious immunogens (homogenates); the dependence variables were antigenicity, sensitivity and specificityvalues interpreted by optical density (OD) value of mouse sera; and controlled variable were mouse strain,feed and retrieval time of sera. The result showed that OD values of mouse sera immunized with T. canisand T.cati homogenate were signicantly difference (p<0.01) as compared to those immunized withAncylostoma spp., Dipylidium caninum and control sera. Using the diagnosis based on the finding ofToxocara, the sensitivity of OD value by ELISA result from mouse sera immunized with Toxocara spp.homogenate were 100%. Using negative OD value by ELISA from mouse sera immunized with Ancylostomaspp. and D. caninum homogenate, the specificity of the test was 87.5%. In conclusion, protein of T.canishas the same antigenicity against anti-T. canis and anti-T. cati sera, but they had the lower antigenicityagainst anti-Ancylostoma spp. and anti-D.caninum sera. As the sensitivity value of 100% and specificityvalue of 87.5%, in detecting antibody against toxocariasis, the possibility of obtaining false positive was12.5%.