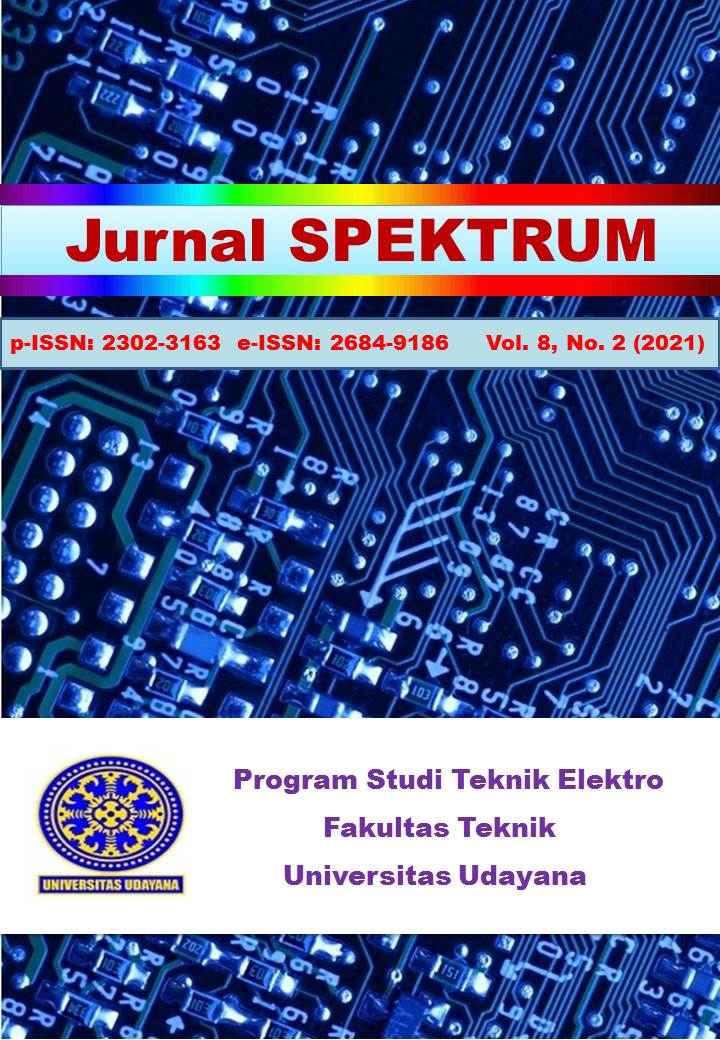 I Nyoman Sudiatmika I Wayan Arta Wijaya I Made Suartika

The increase in the need for electrical energy in Indonesia is increasing along with
population growth. Followed by the depletion of fuels originating from fossil energy. Based on
geographic conditions, Indonesia has many rivers so that it has the potential to generate
electricity by utilizing the flow of water which is called PLTMH (Microhydro Power Plant). In
realizing this PLTMH, one type of water turbine can be used, namely the Kaplan turbine, where
this type of turbine works at low head conditions with large discharge. The purpose of this
research is to analyze the performance of the Kaplan type turbine guide vane prototype at
angles of 15º, 30º, 45º, 60º, 75º, and 90º to meet the electricity demand in Indonesia. After
being examined based on all the variations tested, the maximum value of the turbine rotational
speed at an opening of 15º with the rotation values obtained before and after coupled with the
generator were 249.5 rpm and 216.5 rpm. The value of the generator rotation before and after
the 30 Watt load coupling is 1096.6 rpm and 999 rpm. Voltage, current, and power produced
are 9,1 Volts, 0,68 Amperes, and 6,18 Watts. The resulting torque of 0,27 Nm. The greatest
efficiency was obtained at a combination of the opening angle of the guide vane of 15º at
2,62%.