The study aims to reveal ideas of structure contained in the idea of Habitus as expounded by Bourdieu. The concept is applied to urban transformation in Depok, West Java, a rapidly expanding suburb of Jakarta. In the process, actor dominance, and socio-cultural resistance in the process of urban transformation emerge as significant processes. Discussion of findings derived from observations in the field, literature reviews, and in-depth interviews are deployed, with an emphasis on the symbiotic connection between place identity and conflicts over space which occurs due to imbalances in the exercise of power. Accordingly, notions of “structuring structure” and “structured structure,” used in the study show that changes in physical performance, architectural design, and building function are reducing place identity. Much depends on the depth of spatial associations embodied by people regarding their history and its contribution to a specific place. However, resilience of place identity is able to absorb conflicts over space as a reflection of symbol competition among urban actors for strengthening their resistance to power struggles. 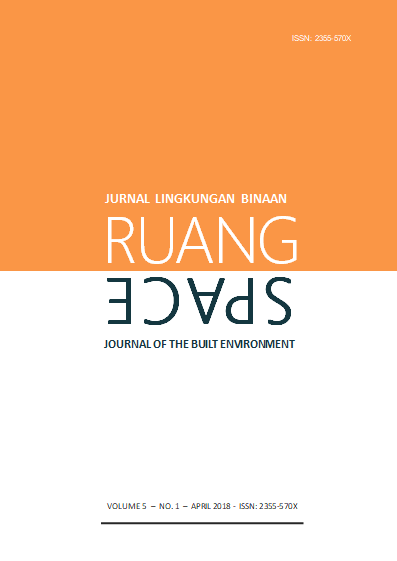