During the Dutch colonial government, migration activity which was known as colonization was done since 1905. This program had been continued up towards the World War II, then also during independence era which is then called transmigration. Although transmigration has been carried out for a long time, its objective to relocate population from Java to the other part of Indonesia is still relatively low. Java Island which covers an area of 7 percent of Indonesia’s land is populated by about 57 percent of total Indonesia’s population (Population Census 2010).

During the decentralization era, there are at least three policy steps that should be done, including (1) to control inflow of migrants in terms of number of social economic characters and potential conflicts with local people; (2) to group integrated migrants from various ethnic and prepare skilled migrants in each group and location; and (3) to plan infrastructure development, such as roads, bridges, irrigation, clinic, sport centers, and other facilities which are not seem to be exclusive for certain location. 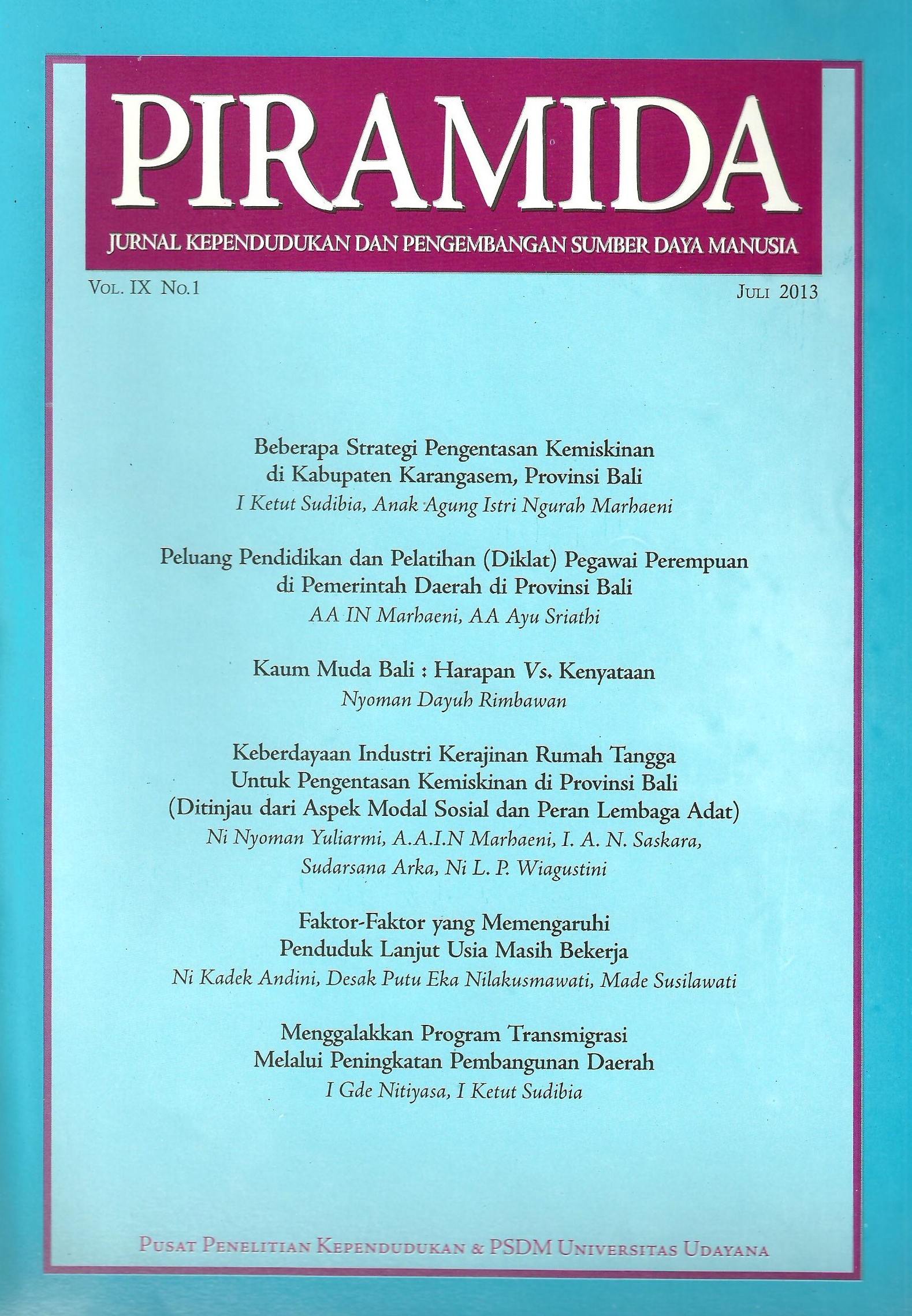