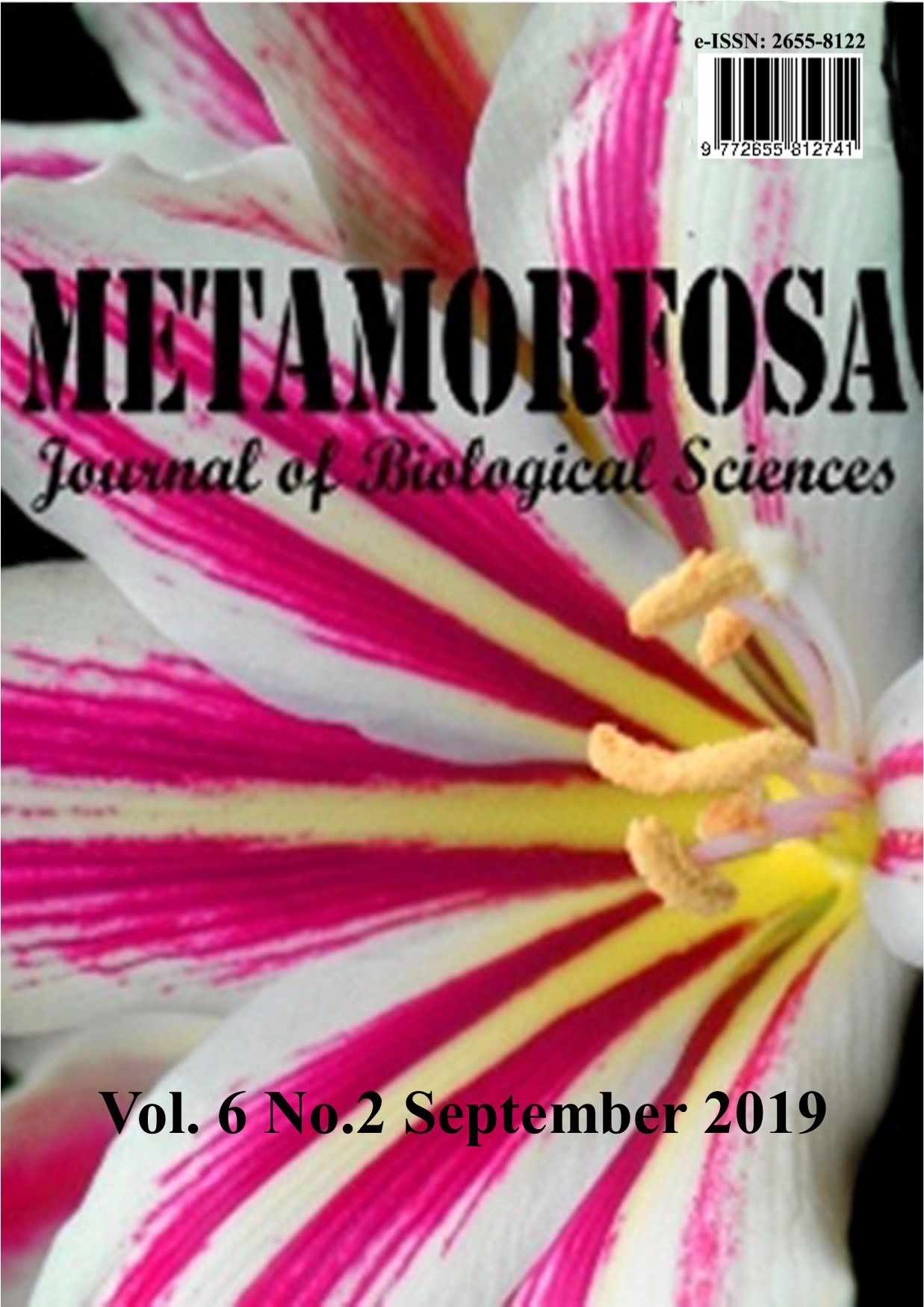 Copepods is a zooplankton which is common to be found in the seas and one of the primary food of fish larvae. Copepods believed to be one of the key of aquaculture development because it has higher nutritional value. One of the most researched copepods species is Acartia sp. because having shorter life cycle and the most easily found compared to other copepods species. However information about copepods growth still limited. The research of copepods species Acartia sp. growth was aimed to collect information about Acartia sp. body length and width so that it can known whether fish larvae mouth opening match with copepods body size. This research was done in March 2017 at Gondol Reseach Institute of Mariculture, Gondol, Bali. Acartia sp. sample was collected from mass culture pond’s outlet pipe as much as 250 mL with three repetitions so the total sample was 750 mL then around 1 mL was taken to be observed in the microscope dissecting set which equipped with micrometer at 64 times magnification for measurement process. Variable to be observed was Acartia sp. body length and width. From the research it was known Acartia sp. has four phase of life cycle which is egg, nauplii, copepodit, and adult. Acartia sp. eggs have a measurement around 0,04 mm to 0,05 mm, then nauplii sized around 0,069 mm to 0,182 mm, while copepodit sized around 0,363 mm to 0,584 mm, and the adults sized around 0,865 mm. Acartia sp. has a rapid population growth because one adult Acartia sp. can produce 16 eggs.