Coral transplantation is an alternative way to maintain coral reef ecosystems sustainability. A. hyacinthus is one of the main reef builder and export commodities for decorative aquarium. Determining the initial size of coral fragments may create efficiency and effectiveness of transplantation. This study aims to examine the effects of different initial fragment lengths on growth, growth rate and survival rate of Acropora hyacinthus. Six colonies were fragmented to three initial lengths (30, 50 and 70 mm), where it was measured for 12 weeks. Growth rates were obtained every two weeks while survival rates were calculated amount of living fragments at the end of the observation substracted by the amount of living fragments at the beginning of the observation. The effects of different initial lengths were analysed using Tukey HSD two-way ANOVA and when parametric statistics asumptions did not meet, it was analysed using a non parametric statistic test. Thus the significant results were followed by Tukey HSD. The results showed that different initial fragment lengths had significant effect on the growth of length (p = 0.000), however there was no significant difference in diameter growth (p = 0.662). The lowest length growth rate was found at initial length 30 mm and the highest was at 70 mm long. In contrast, the lowest diameter growth rate was found 70 mm and the highest was at 30 mm long. The survival rates of different initial fragment lengths of fragmented reached 100% at all lengths. 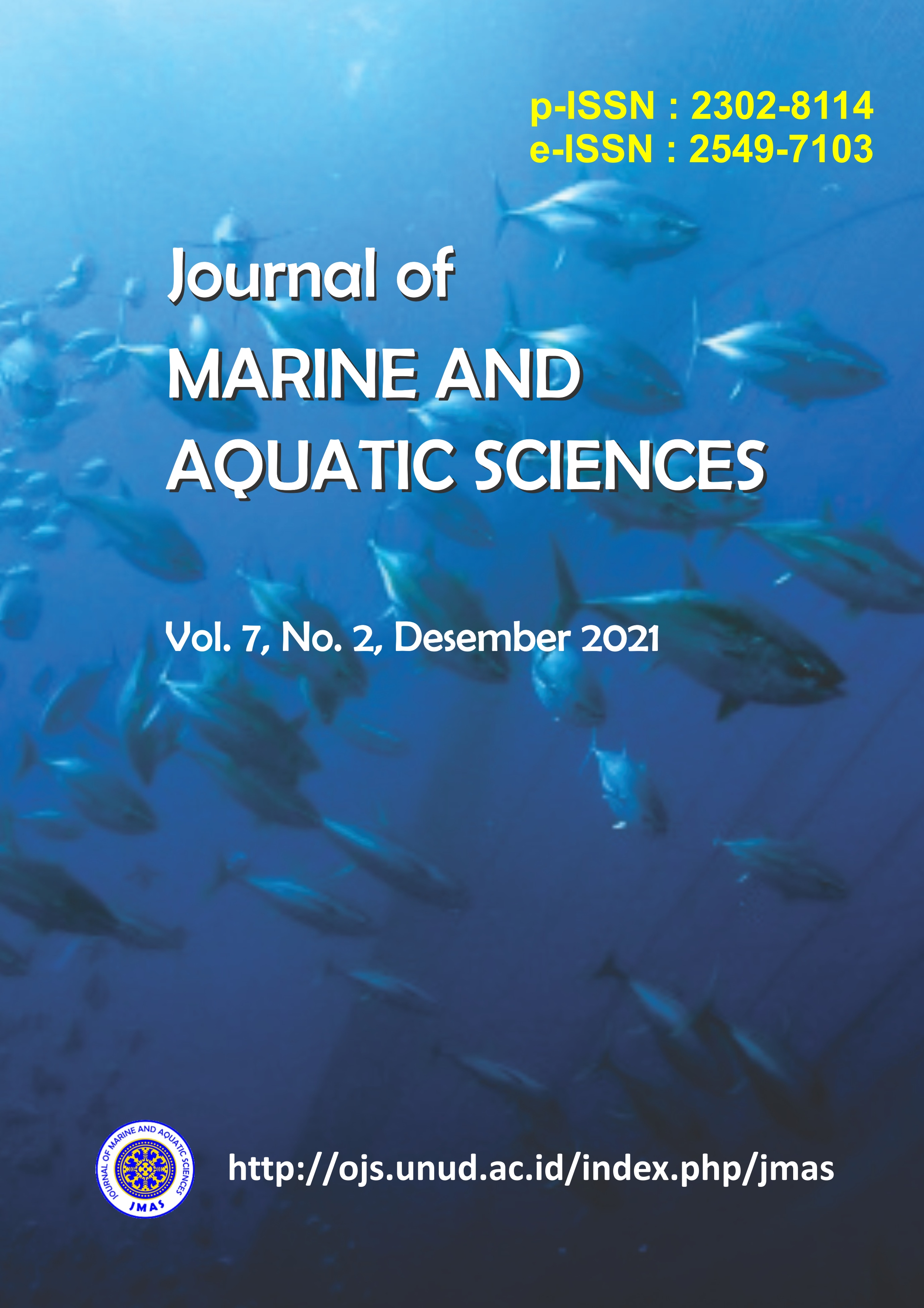