Remote sensing application is one of the best data to observing spatial and temporal situation on earth surface. Application of Tropical Rainfall Measuring Mission (TRMM) and MODIS (Moderate Resolution Imaging Spectro-radiometer) are use for spatial and temporal analysis of rainfall and sea surface temperature (SST) anomaly over Indonesia in 2010. Spatial and temporal rainfall and SST anomaly data is important, especially during El Niño–Southern Oscillation (ENSO) Modoki events, because has wide effect of social and economy in Indonesia. Monthly rainfall data measured by the TRMM 3B43 over the course of 13 years and Monthly SST collected by the MODIS was employed to analyze anomaly of rainfall and SST over Indonesia during ENSO Modoki Event in 2010. In spatio-temporal seen confirmed during ENSO Modoki in 2010 indicate an anomaly has occurred on rainfall and SST over Indonesia. The result shows that increasing of rainfall anomaly begin from April in Nusa Tenggara archipelago and eastern of Java and finish in November in those region. Meanwhile, analysis result of MODIS satellite data for SST anomaly is shown at the beginning of 2010, SST anomaly begin occurred in western of Indonesia and the biggest was happen in southern of Indonesia at August to September and finish at November. Spatio-temporal analysis TRMM dan MODIS data shows that increasing of SST anomaly could affect increasing of rainfall anomaly in those same regions excepted in January to March. 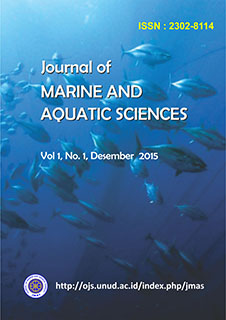