Cation exchanger have been prepared by graft copolymerization of acrylic acid (AA) onto a low density polyethylene (LDPE) with “grafting-on” method using Fenton reagent (H2O2/Fe2+) as initiator under nitrogen atmosphere at 280C. The percentage of grafting was determined by the gravimetric method. The percentage of grafting was influenced by monomer concentration, initiator concentration (H2O2), and the duration of grafting. The optimum conditions were obtained at 15% (v/v), 0.2 mL, and 8 hours for the monomer concentration, the volume of initiator H2O2 30%, and the duration of grafting respectively.
Analysis of the PE-g-AA was conducted using Fourier Transform Infrared (FTIR) spectroscopy to confirm graft copolymerization which revealed the existence of new absorption peak at 1712,79 cm-1 and 2661,77 cm-1 assigned to C=O and O-H respectively. Characteristic of PE-g-AA film was tested by water uptake capability and cation exchange capacity toward Cu2+. The two characteristics were increased by percent grafting. 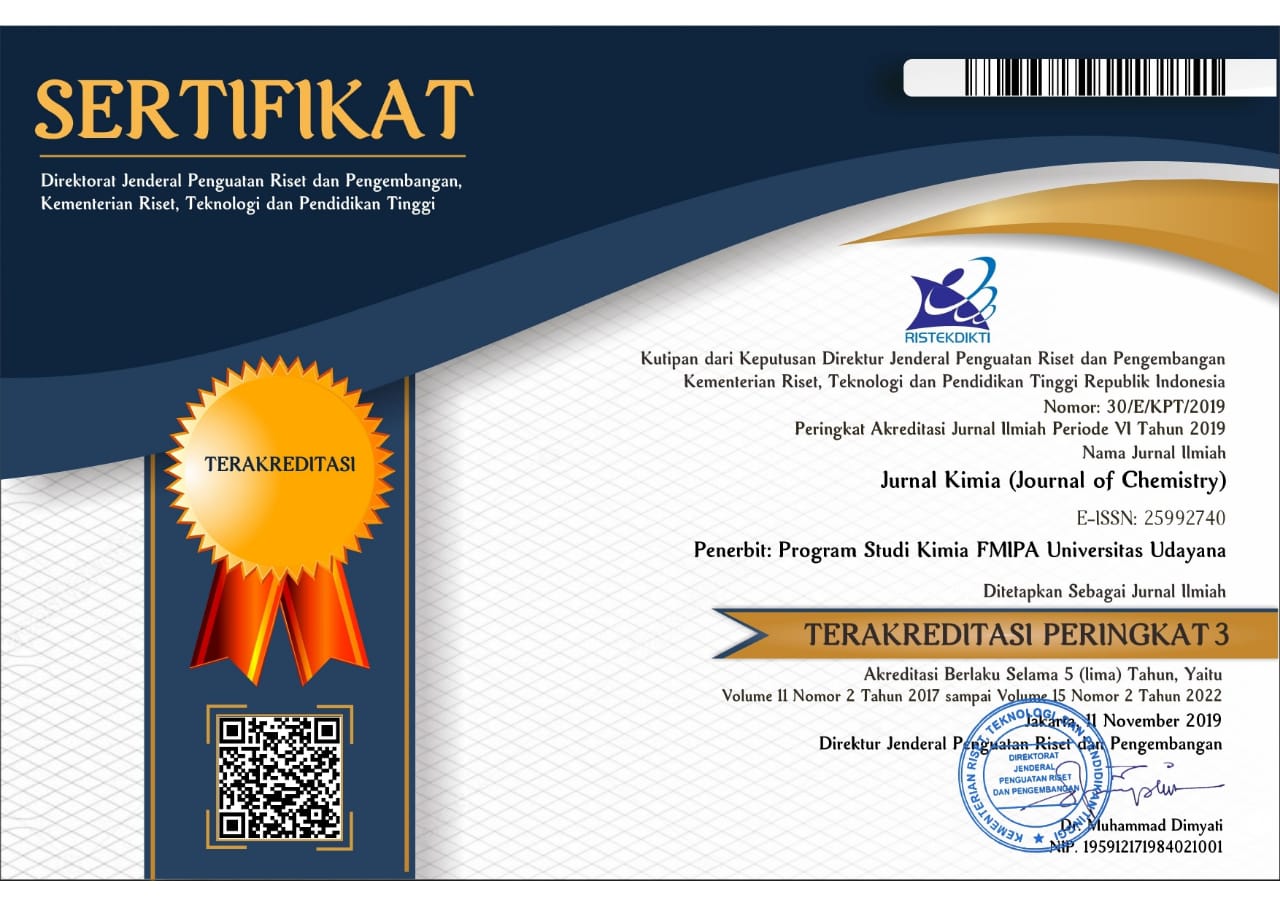