This research was conducted using qualitative research method with the aim to be able to answer the research question related to Sri Lanka Government’s strategy in handling Liberation Tigers of Tamil Eelam (LTTE) group. This research attempts to elaborate on the strategies adopted by the Sri Lankan government in the face of a strong LTTE group. Although several attempts and negotiations have been carried out before but it never reached a final point. The results of this research are descriptions of the strategies implemented by the Government of Sri Lanka that successfully brought the Government to victory over the LTTE group. The strategy is a new strategy of the Sri Lankan Government that applied during the period of the Eelam War IV (2006-2009) which is a combination of various strategies such as military strategy, politics, diplomacy and social and economic or known as the grand strategy. 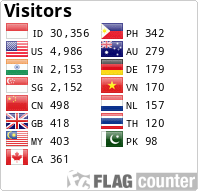 This work is licensed under a Attribution-NonCommercial-ShareAlike 4.0 International (CC BY-NC-SA 4.0)