Japanese and Balinese mixed marriage children have become bilingual since the early years of the language acquisition period. They acquired the inheritance of the languages (Indonesian, Japanese, and Balinese) from their parents. This research was conducted to find type of language inheritance from parents to their children. Romaine’s six type of Bilingual Language Acquisition in childhood used to determine how the parent transmitting language to their children. The data was gathered using questionnaires and interviews, ten Balinese and Japanese mixed married. The result showed that one person-one language (type 1) approach was chosen by all families. The difference is in the strategy of parents passing on language to their children. Strategy 1 is the parents each speak their own language to the child, strategy 1a; the parents uses mixed code IL/JL/BL, strategy 1b; the parent use IL as father L1 which is dominant in community. 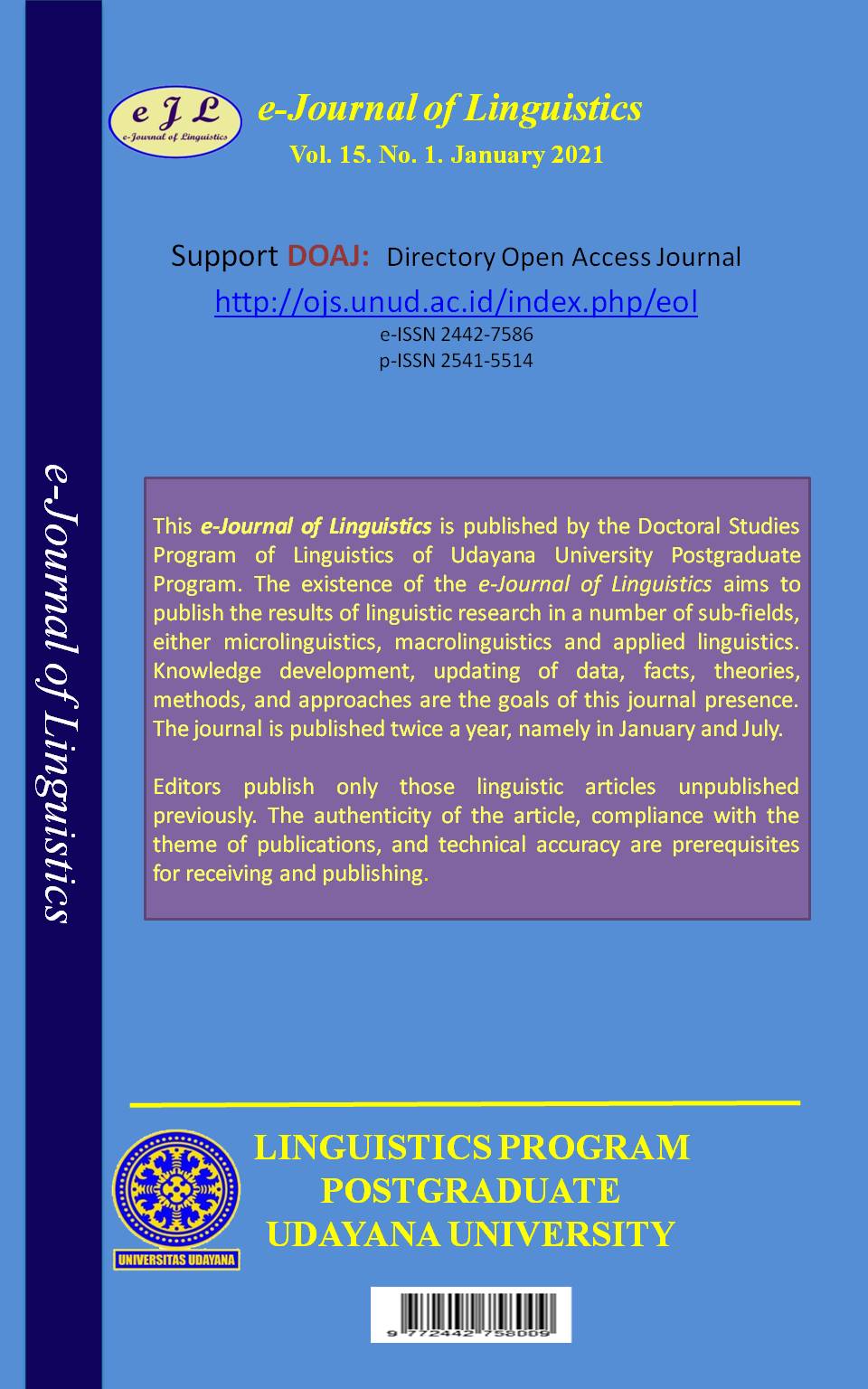