Fish that spend most of their life cycle and depend on the existence of coral reef ecosystems arereef fish. Butterflyfish (Chaetodontidae) is a family of fish that can live in association with coral reefs and has an important role in coral reef ecosystems, causing butterflyfish to be very sensitive to changes in coral reef conditions. The tsunami in Paraja Bay, Pandeglang Regency, Banten, in December 2018 made a difference in habitat conditions. This significant difference can affect the abundance of fish that live in it, especially butterflyfish. The availability of data onthe community structure of reef fish in Paraja Bay is categorized as "poor data". Therefore, this study was conducted to add more specific data regarding the abundance and community structure of reef fish from the Chaetodontidae family. This research was conducted in February 2022 using the Underwater Visual Census (UVC) method to collect fish data. Data were taken on each side of the four small islands for 16 stations. The depth of the observation station is between 5-6 m. Observations at each station were carried out by placing a 50 m roll meter parallel to the shoreline with a width of 2.5 meters to the right and 2.5 meters to the left, and 5 meters above the roll meter. The result shows that there were 179 individuals found from 4 genera and 14 species of the Chaetodontidae. The species found were Chaetodon collare, C. Kleinii, C. ephippium, C. octofasciatuus, C. rafflesia, C. trifasciatus, C. vagabundus, Chelmon rostratus, Forcipiger longirostris, Heniochus acuminatus, H. pleurataenia, H. singularis, and H. singularis, H. varius. The community structure was analyzed using fish abundance, diversity (H'), dominance (C), and evenness index (E). The highest abundance of butterflyfish was 0.09 ind./m2, and the lowest was on the east side of Oar Island, which was 0.00 ind./m2. The butterflyfish diversity index ranged from 0,61 (Umang Island) to 0.71 (Badul and Mangir Island). The fish evenness index ranged from 0.69-0.84, where the highest value was 0.84 on Mangir Island and the lowest was 0.69 on Oar Island. The highest dominance index has a value of 0.35 on Oar Island, while the lowest is on Mangir Island, with a dominance index of 0.25. Based on these results, we can conclude that the genus Chaetodon has the most significant composition. Based on the community structure result, Paraja Bay’s waters provide equal opportunities for all species but have low species variation. Each species has a small number.  It can be known that it is necessary to conserve and maintain coral reef ecosystems to increase the abundance and presence of butterflyfish in the waters of Paraja Bay, Pandeglang, and Banten. 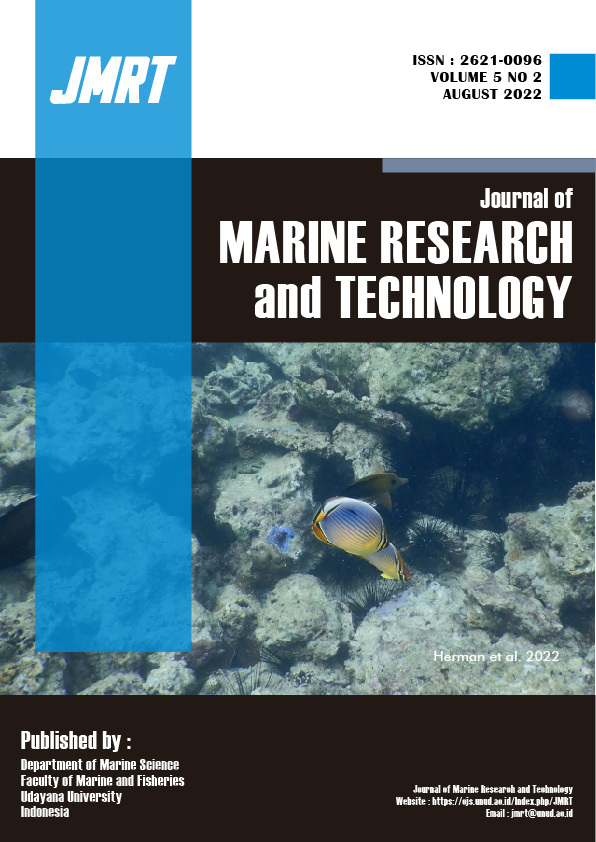 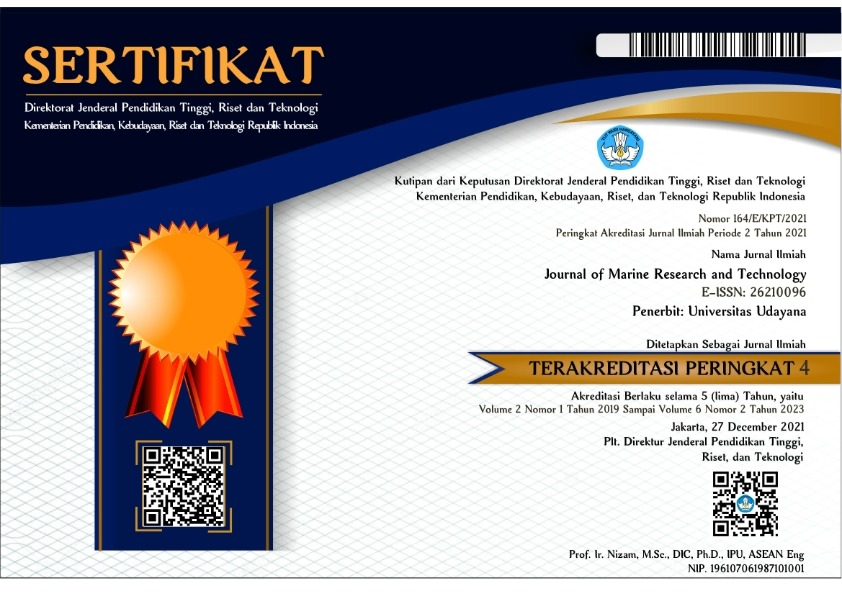