Marine debris is a global environmental problem of increasing concern. In Bali, the waste problem is becoming an emergency. With the Bali Strait threatened by pollution from marine debris, data are urgently needed. This study aimed to determine the concentration and distribution of marine debris along the coastline of Badung, Tabanan, and Jembrana Regencies. The study was conducted in February 2021 on 18 beaches with a distance of  10 km between points and 8 points near river downstream areas (estuaries) which were determined randomly. The results showed that 92% of debris were plastic waste which was classed as soft plastic (33%), hard plastic (25%), plastic straps (4%), fishing gear (0.4%), and foam (30%) with an average overall concentration of 1.32 items/m². A total of 3318 items were fragments (86.3%) and 527 items were whole (13.7%). The dominant size class of debris along coastline surveyed was 2-4 cm2 (30.21%). The highest mean concentration of marine debris was 3.84 items/m² with the dominant waste class being foam fragments with 240 items. The lowest mean concentration was 0.14 items/m². Marine debris was distributed along the coastline at different concentration levels in each region, where Badung Regency had a relative concentration value ranging from 0-20%, Tabanan Regency had a relative concentration value ranging from 0-40%, and Jembrana Regency was the most affected area with a relative concentration value of 0-100%. 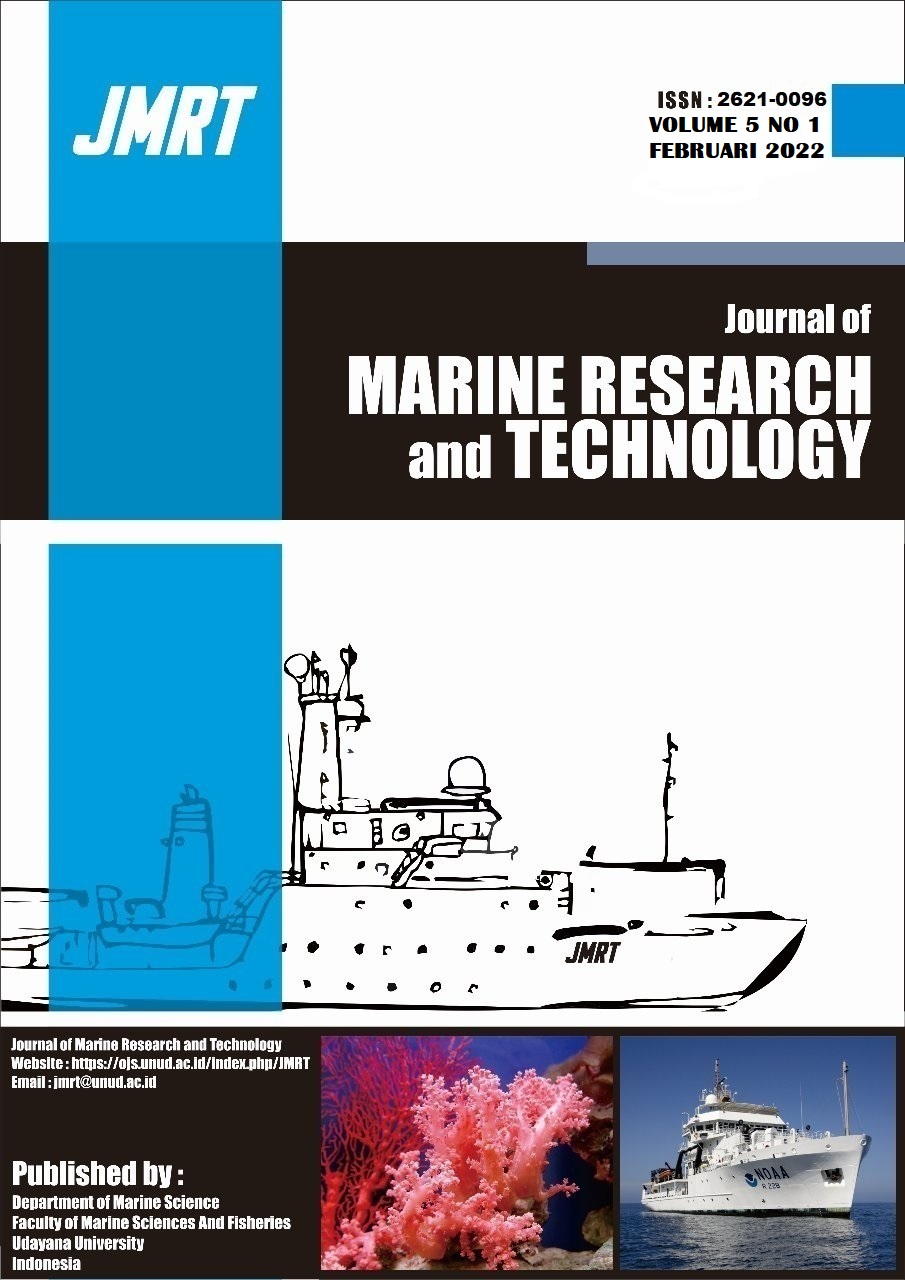