This research aims are to determine the influence and effectiveness of technology using Trichoderma’s compost, rain shelters, and pesticid eto development
of insect pests on long chilli and cayenne chilli in the lowlands. This research was conducted from January to April 2018 in Sempidi Village, Mengwi District, Badung Regency. The research method using Randomize Block Design with the factor pattern consisted of 8 treatments and 4 replications. Parameters observed were population of aphid insect and fruit flies, and total crop yield as supporting the data. This result showed that the highest percentage of damage by aphids on the treatment of V1P0 (cayenne chilli control) was 5% and V2P0 (large chilli control) of 10% in two week after treatment. The highest percentage of fruit fly damage on V2P0 tretament was 2.77% and V1P2 is 2.28% at 1st time of harvest. The lowest percentage of aphid damage and fruit fly on treatment V2P2 (large chili with rain shelters) and V1P2 (cayenne chili with rain shelters), aphids damage were 5% and 10% on 9 week after transplanting, and fruit fly damage were 0.94% and 0.76% at 1st time of harvest. The highest yield was obtained on Trichoderma treatment on cayenne chili and large chili with total weight of 509.28gr and 3618.88gr, respectively. From the results of this research was found that the use of rain shelters technology, Trichoderma and pesticides, affect the damage of aphids, fruit flies, and crops yield. 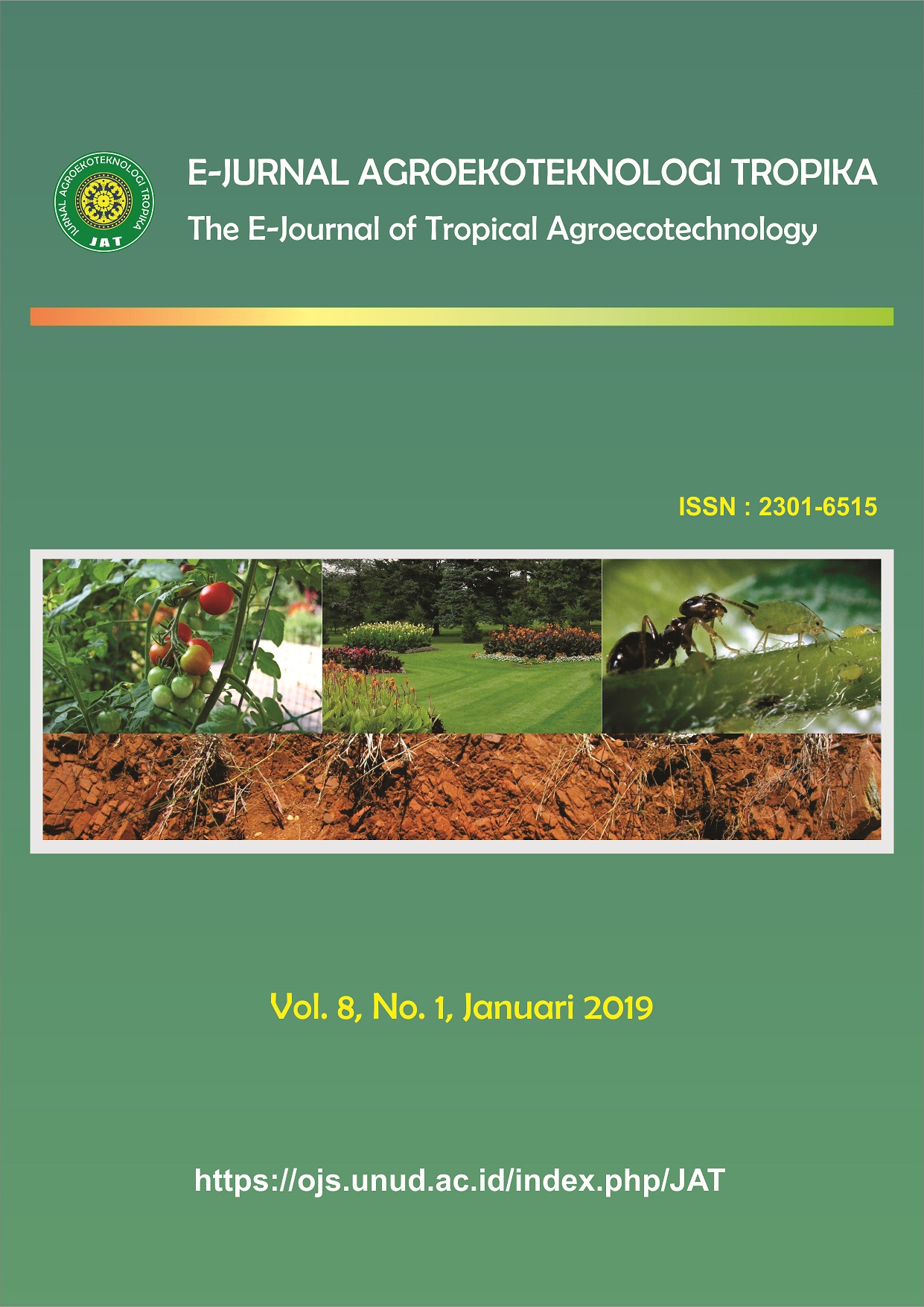