This study was conducted to determine the condition of reef fish communities and fish behavior at coral genus Acropora. Data retrieval was done in 3 observation points. The observations was done by stationary visual sensus method. The observations were made as 3 times during 3 months. The result of data collected on 3 observation points obtained 35 species. Diversity category in 3 locations tend to be moderated, the value was range of  2.20 to 2.75 related to the value of dominance indexs, was range of 0.07 to 0.14. The value of similarity indexs (E) was range of 0.89 to 0,99 indicated a stable reef fish community. Based on observations of the behavior of fish in the community at each fish station had solitary and schooling behavior. Fish swimming habits generally swim above, below, or beside the reef. But also observed several types of fish that have a habit of swimming in crevices of coral which was the fish family of Pomacentridae. As for feeding habits, fish which were observed had an eating activities swimming toward their food. The results of measurements of current speed range from 0.37 to 1.20 m/s, the visibility was reached to the bottom of the water, turbidity 1.30-1.40 NTU, temperature 29.33-29.67°C, Depth 4.2-13.7 m, and the range of salinity values were 30.00-31.67‰. This value was still in accordance with the standard quality of sea water for marine biota. This was in accordance with the quality standard value of Bali Governor Regulation No.16 Year 2016. 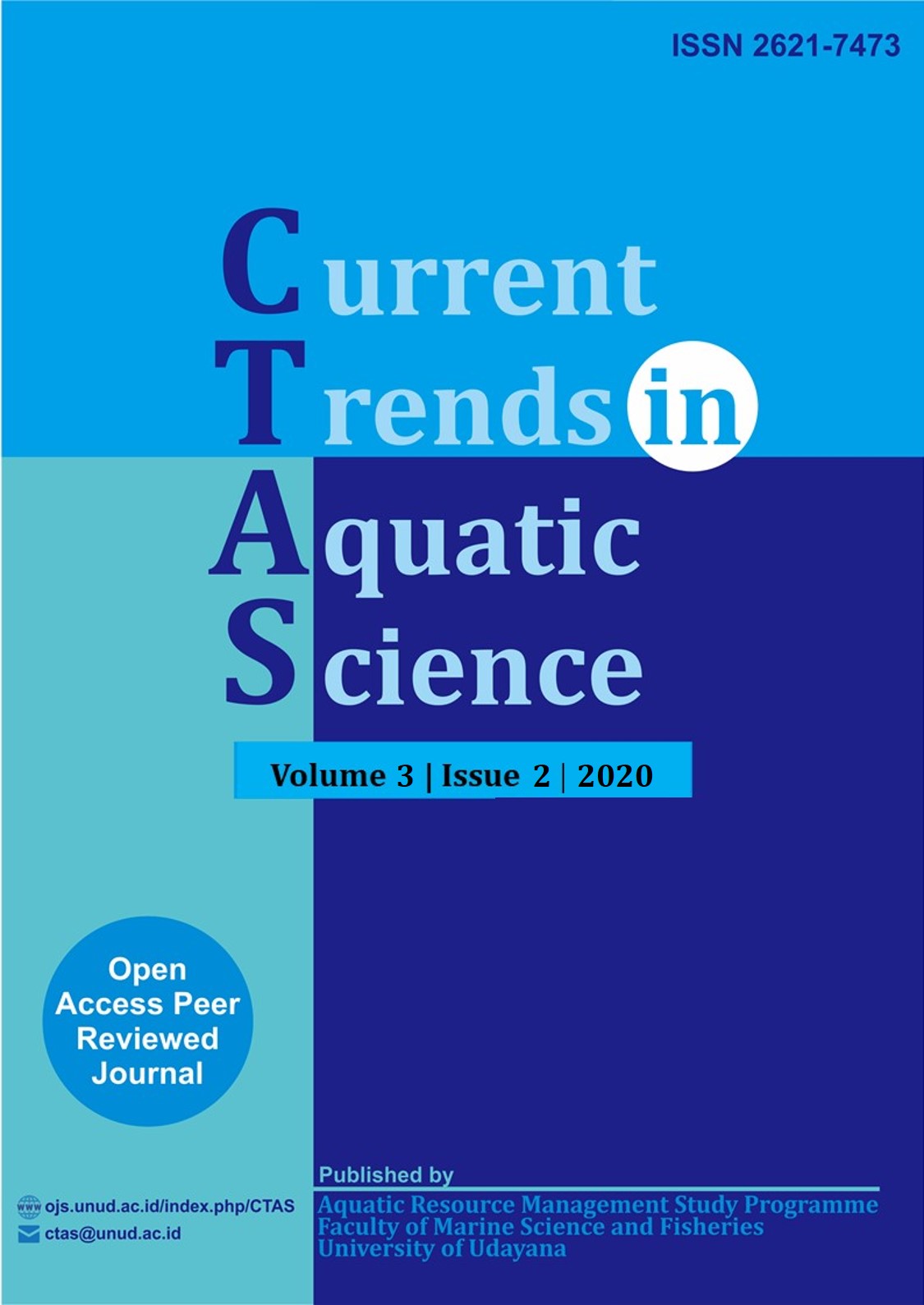