Seaweed is one of Indonesia's fishery commodities with great potential to be cultivated, the condition of seaweed produced in Indonesia is not optimal yet. This can be seen from the low productivity of seaweed in Indonesia which is caused by the low growth rate. The growth rate of seaweed can be supported by proper planting techniques and cultivation methods. Seaweed farmers generally use planting techniques and traditional cultivation methods called the monoculture system, which is planting one type of plant in an area. As the cultivation systems developed, a new cultivation system was found that supports increased growth of seaweed, namely the co-cultivation. This system is sustainable and environmentally friendly which combines species from various trophic in one system. This research was conducted for 6 weeks from December 2019 to January 2020 in the coastal area of Pandawa Beach, Bali. The data was analysed in Completely Randomized design with three treatments and three replications. The monoculture cultivation system which contain 100 gr of seaweed in a bag was treated as control and co-culture systems were added with 10 and 30 individuals of abalones. The results showed that the growth rate pattern as a measure of weight increased during the time of study. The weight of seaweed was highest in co-cultured treatment with 10 individual abalones. The highest specific growth rate of seaweed occurred in the co-culture system up to 4%/day compared to the monoculture cultivation system only 3.4%/day.

Department of Biology, Faculty of Mathematics and Natural Sciences

Department of Aquatic Resources Management, Faculty of Marine and Fisheries 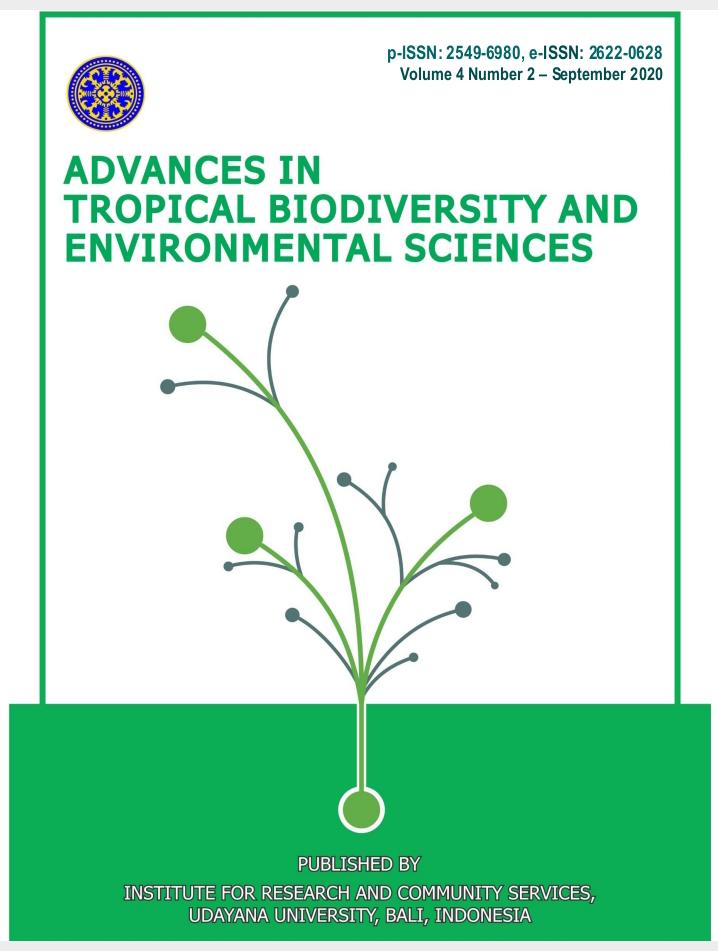