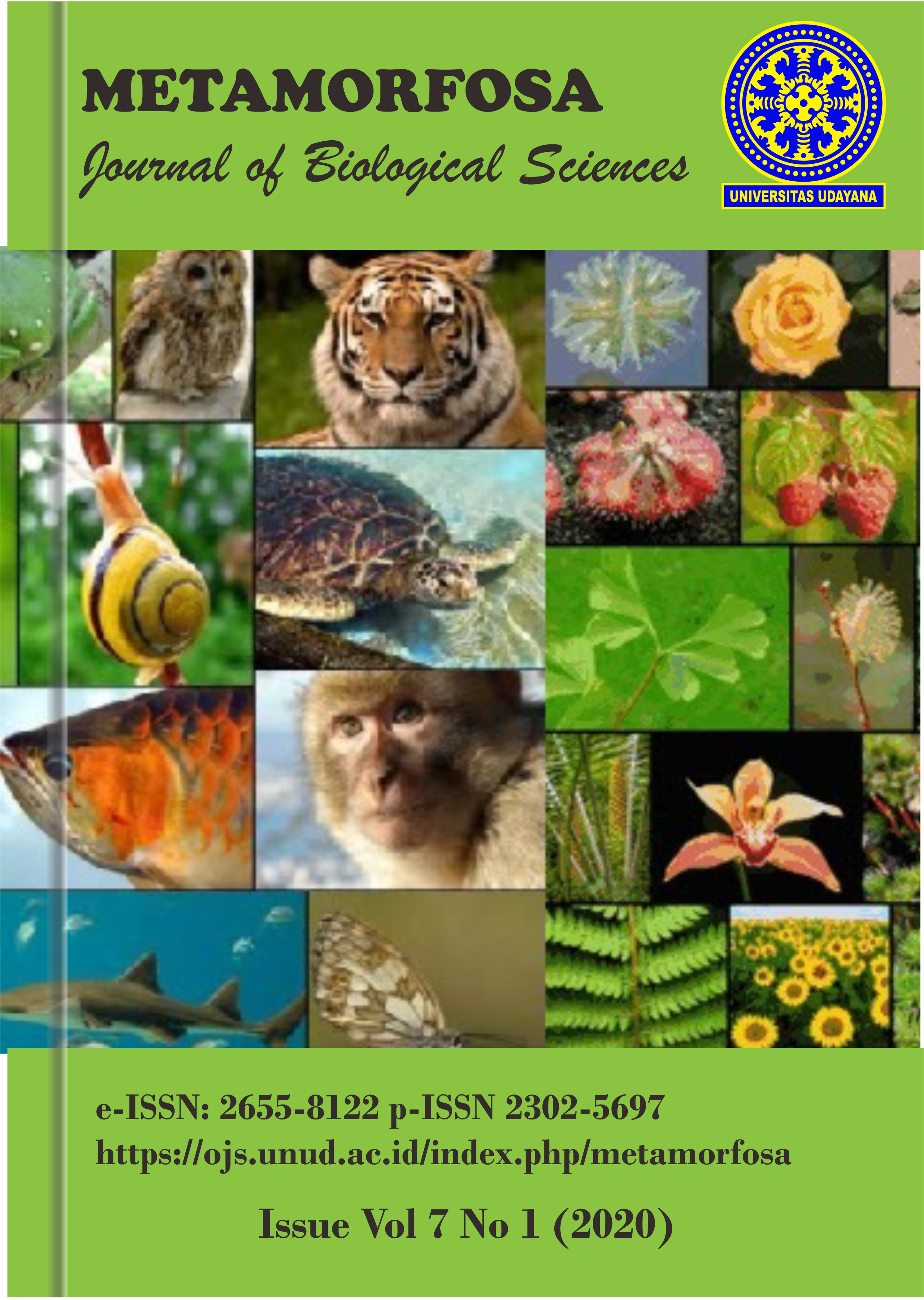 The leaf of “Ketapang” (Terminalia catappa L.) can be used as traditional medicine. The use of natural material is generally considered to be safer and has less side effect as compared to the use of modern medicine. This study aims at analysing the early elucidation of resistor property of the ethanol extract of the “ketapang” leaf against the growth of Staphylococcus aureus ATCC25923 as the cause of gingivitis, and to identify the active compound contained in the “ketapang” leaf.  This study uses Complete Random Design (RAL) with 7 treatments of the extract concentration of “ketapang” leaf namely concentration of 1%, 2%,3%, 4%, 5%, positive control (chlorexidine) and negative control (ethanol). The discovery of the resistor efficacy of “ketapang” leaf extract against S. aureus bacteria using Kirby Beuer method has been indicated by the development of clear zone as the result of the application of anti-bacteria compound which is diffused in bacteria growth media. The finding of the study shows that the higher the concentration of the extract (5%), the wider the development of the zone of the resistor area. The effectiveness value of the anti-bacteria of “ketapang” leaf extract is not better than the antiseptic being tested. The result of profile test of phytochemical test shows that the extract of “ketapang” leaf contains tannin, saponin, terpenoid and flavonoid. The result of GC-MS test, it has been identified five compounds being contained in fraction IV namely Alpha Terpinolene, Cyclohexanol 5-methyl, Hexadecanoic acid, Octadecanoic acid, 1.2Benzenedicarboxylic acid. five active compounds that we found have the potentials of functioning as anti-bacteria.