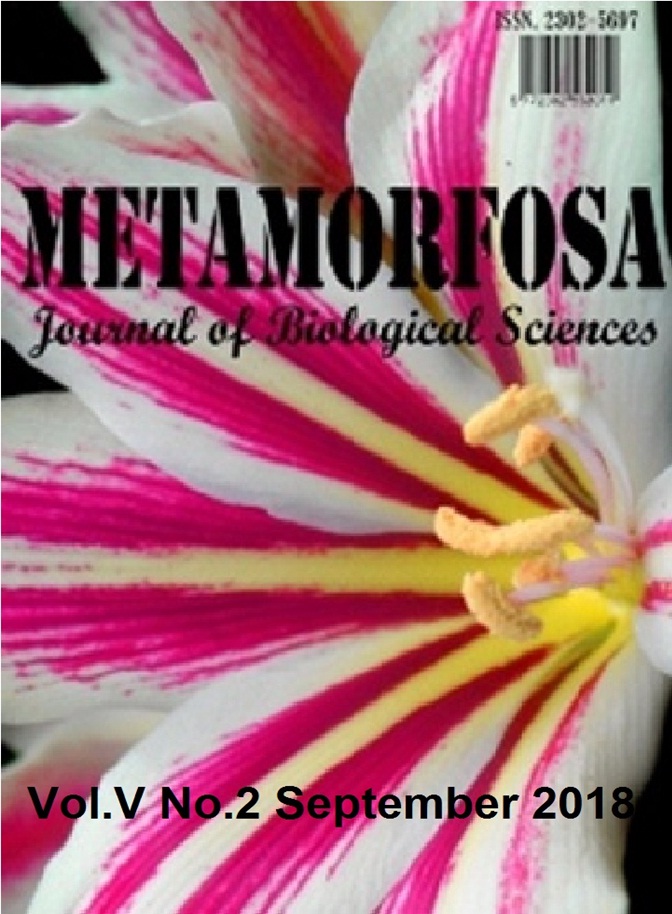 Sorgum  (Sorgum bicolor L.) is a serelia plant which is potential to becultivated and grown in marginal areas. The advantages of sorghum lie in its extensive agroecological adaptability and resistance to drought. This commodity has a high nutrient content, so it is very good to be used as a source of food and alternative animal feed. Rhizoctonia sp. The cause of root rot is one of the important pathogens in sorghum plants. These pathogens can survive in the soil and can also survive in seeds. Microorganism that developed symbiosis with Zorgum is useful for growth stimulation and biocontrol. The objectives of the researcha re toidentify endofit mushroom that developed symbiosis on some varieties of  zorgum  and to make  an antagonis test on Rhizoctonia sp,  the cause of spoiled root disease. This research is conducted in several streas: firstly, take the sample of same varieties of zorgum lokal merah,lokal putih,and numbu in Naiola in Kecamatan Bikomi Selatan while the isolation and identification are held in Faculty of Agrociture of  University of Timor and secendly, do antagonist test on Rhizoctonia sp. The  study on lokal merah variety has found 7 izolats: Aspergilus sp 1, Aspergilus sp 2, Aspergilus sp 3, Fusarium sp 1,  Fusarium sp 2, Trichoderma sp 2. Mushroom endofits found  in lokal putih variety  are Aspergilus sp.2, Aspergilus sp.3, Fusarium sp.1, dan Trichoderma sp.2. Mushrooms on numbu variety are Fusarium sp. 2, Aspergilus sp.2 dan Trichoderma sp.1. Endofit Mushroom from theroot ofzorgum has 3 genus  Aspergilus sp, Fusarium sp dan Trichoderma sp. Trichoderma sp 1 has 20,1 % antagonist character.