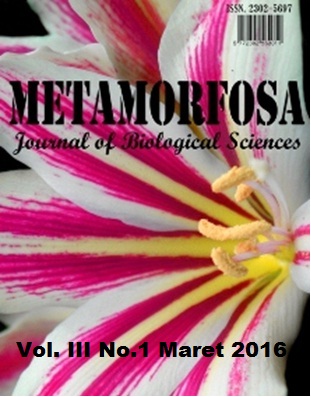 Growth ring trees are formed by activity of the cambium which is influenced by the changing seasons.   In the tropical are not all of  trees species produce  the growth ring, because the season of  tropics is more uniform throughout the year and does not show sharp distinction between the periods of high rainfall and period of low rainfall. This study has concentred on several tree forest areas in Siberut National Park, Mentawai Islands. Samples were ollected by using borer on the main stem on the height of 130 cm. To see or not to see growing circle with to be checked macroscopically and microscopically. The macroscopic examination was done polished core by several grades of sandpaper in the transverse surface Tree species which have growth ring continued to microscopic observation with making slice anatomy. Based on 46 species of trees were examined, and  6 species were with found a growth ring in the number of cell mixture early wood and late wood from these species.