Bali is famous for having a lot of sacred building which was built as a symbol of manifestation of the God Almighty according to the beliefs of Hindus. The sacred building was built accordance to the rules of sacred building of Hindus in Bali. Bali's sacred buildings is one of the Balinese culture that it's existence need to be preserved. The goal of this game design is to introduce the sacred buildings in Bali by creating an educational game that can provide learning about sacred building in Bali as well as an entertainment media which can be use by the user. Game is built on Android application as an operating system with Drag and Drop game method in which the user compose the attributes of a sacred building with a predetermined time. Game designed have two steps of quest that is, Quest one Mrajan Alit and Quest two Mrajan Agung, Quest one has four Levels and Quest two has nine levels of game, as well as having information about Mrajan Bali in Gallery. The main focus of the game is to be able to introduce the names of sacred buildings, how to construct sacred buildings and to know the layout of a sacred building and it's attributes through information and games on the game according to the rules Hindus in Bali. Based on the results of the questionnaire showed that 82.5% of respondents said assessment is very good for the musty Graphic Visual and ratings 90% of respondents expressed very well for entertainment aspect. 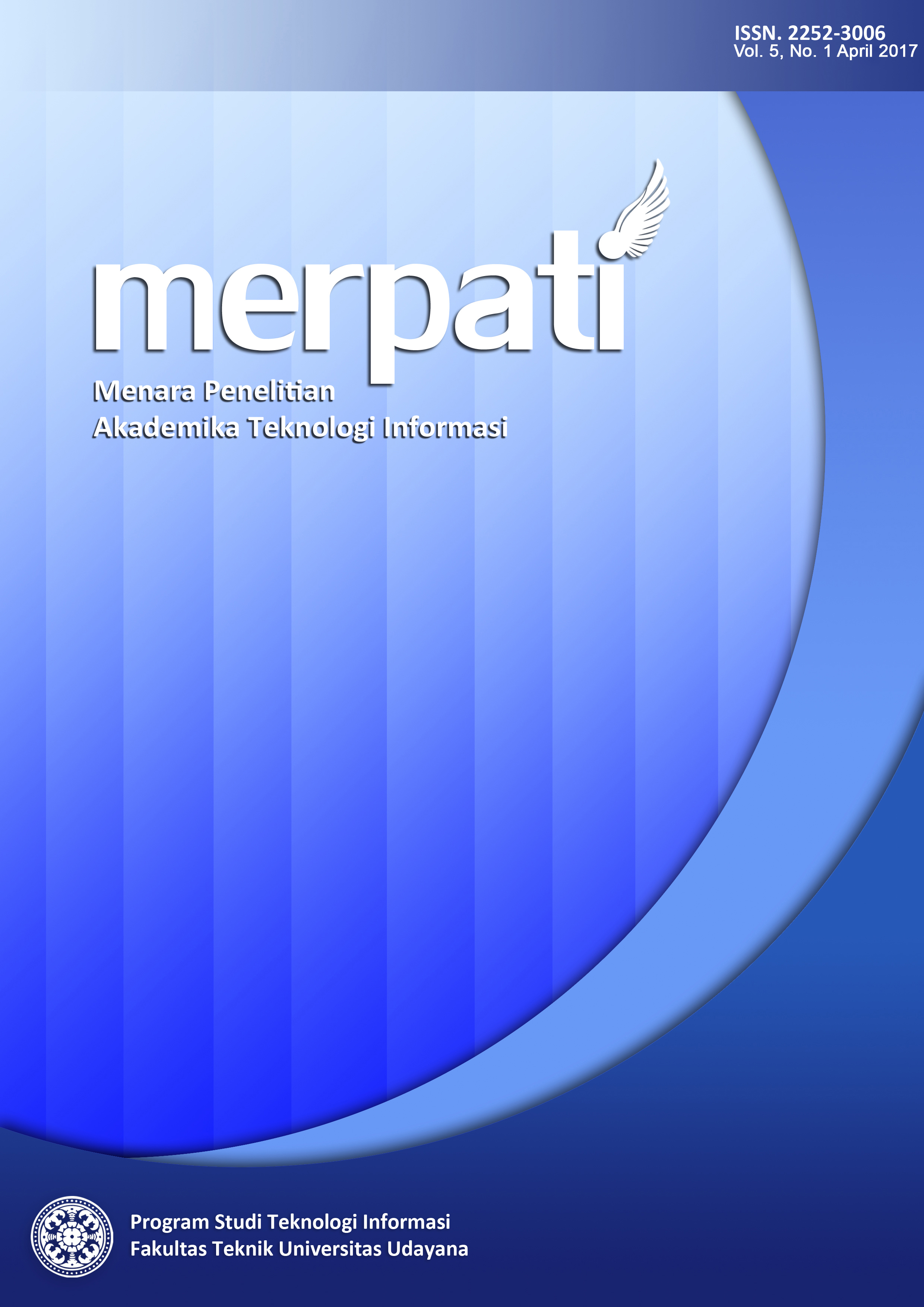 Obs.: This plugin requires at least one statistics/report plugin to be enabled. If your statistics plugins provide more than one metric then please also select a main metric on the admin's site settings page and/or on the journal manager's settings pages.
Make a Submission