Unusual activities of earth can be seen by human on a certain time caused by some earth activities change. One of them is the phenomena on atmosphere namely Lightning Whistler. Lightning Whistler is an electromagnetic wave that happens after a lighting on the magnetosphere and ionosphere, where a sound like a whistle is produced. This wave that traverse on radio frequency is called as whistler wave. This research proposed an application for detecting the frequency coordinate of a lightning whistler. The proposed application used STFT, image processing, and morphology image. STFT method is used to convert audio data into spectrogram image data. Afterwards, spectrogram image is processed by using image processing method to reduce noise. Finally, morphology image method is implemented to thicken the whistler wave signal to simplify the detection of coordinate. The proposed application can detect coordinate of a whistler wave signal, in the form of coordinate location, and the number of detected signal, based on time and period. 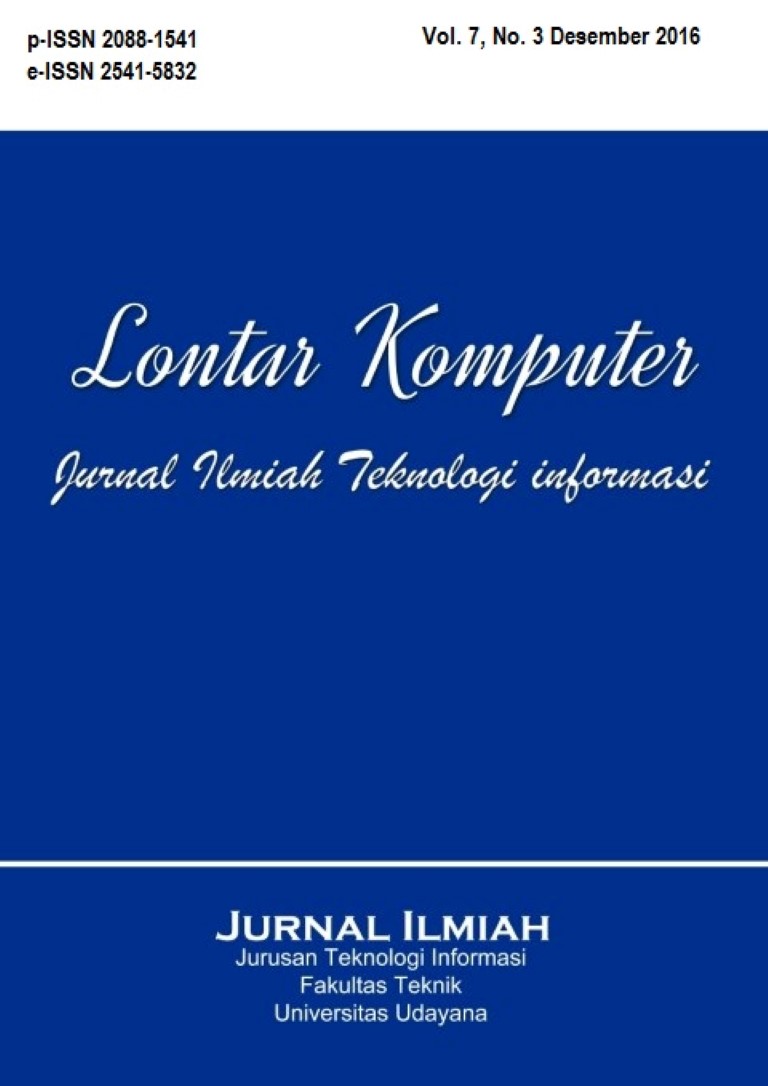 The Authors submitting a manuscript do so on the understanding that if accepted for publication, copyright of the article shall be assigned to Jurnal Lontar Komputer as publisher of the journal. Copyright encompasses exclusive rights to reproduce and deliver the article in all form and media, as well as translations. The reproduction of any part of this journal (printed or online) will be allowed only with a written permission from Jurnal Lontar Komputer. The Editorial Board of Jurnal Lontar Komputer make every effort to ensure that no wrong or misleading data, opinions or statements be published in the journal.