The culture of the Sasak tribe is one of the natural resources owned by the supporting community. One of them is the marriage custom of the Sasak people in the North Lombok Regency. The purpose of the study was to identify the meaning of the traditional lexicon of the Sasak marriage, North Lombok Regency which is focused on lexicon has linguistic meanings aspect (the lexical meanings and the grammatical meanings) and the lexicon has cultural meanings aspect. The descriptive qualitative method was used to dismantle life experiences in order to understand social reality. The data collection methods used observation, listening, interview, and introspection. Data collection techniques were applied tapping technique, fishing, recording, and note-taking. Methods of data analysis utilized were equivalent and distributional methods. The technique of presenting the results of data analysis was undertaken through formal and informal techniques. The results of the study indicate that there are lexicon meanings in the marriage custom of the Sasak People in North Lombok Regency such as the linguistic meanings and the cultural meanings. The linguistic meaning consisted of two meanings, namely lexical meaning to reveal the meaning of the lexicon before it changes shape and the grammatical meaning to reveal the lexicon after undergoing the grammaticalization process such as repetition of words and phrases. While the cultural meanings expressed the form of the implied meaning of each lexicon used in the marriage customs of the North Lombok Regency community as a manifestation of the culture created by the Sasak people. 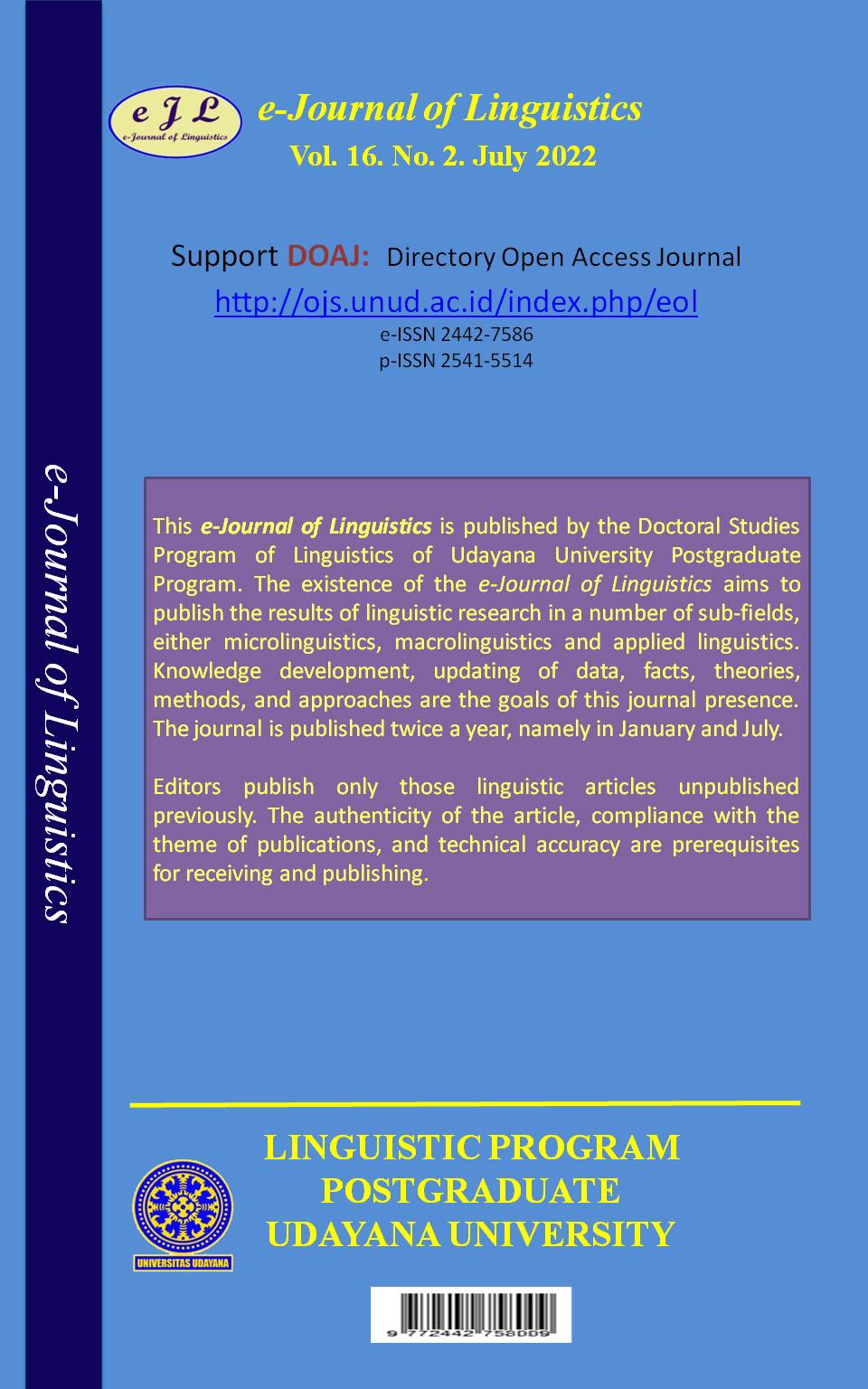