Avian influenza (AI) is an avian diseases that can cause deadly humaninfection. The disease is caused by Orthomyxoviridae virus, genus influenzavirus type A,subtype H5N1. Pathogenicity of AI virus is polygenic, which means AI virus isdetermined by all the genes. Here the role of coding region (CR) and non-coding region(NCR) of polymerase gene complex is critically reviewed. The coding region of thepolymerase genes can be explained as follows. The amino acid position 627 PB2 gene isa factor adaptation of AI viruses in mammals. Polymerase basic-1 (PB1) protein acts as acentral activity of the enzyme catalyzing the viral polymerase. Polymerase Basic-1 bindsto the terminal end of the vRNA and the cRNA and shows endo-nuclease activity. Theactivity has been identified on the E508, E519, and D522. Polymerase Acid (PA) proteinsplay a role in supporting the biological activity of the polymerase gene complex, but itsmechanism of action in transcription, replication has not been disclosed as clear. Anotherrole of the PA protein is forming a complex of RNA polymerase and express anproteolytic role of cell proteins that suppress cell division. Polymerase acid gene has alsoserine protease activity has been identified at position S624. The non-coding regionmight also play role in the pathogenecity of influenza virus. The results of sequenceanalysis of non-coding region (NCR) at 5’-end of polymerase gene complex of AI virussubtype H5N1 from poultry and pigs in Indonesia showed that the NCR genes PB2, PB1and PA are homogeneous, whereas there are variants of the PB1 gene isolates from ducksA / Duck / Badung, 2006. Occurrence of deletions, insertions, and mutations in the NCRand CR polymerase complex genes may likely lead to genetic changes in viruses whichpotentially also change the nature of biology of AI virus. The study on the 3’-end of thegenes needs to be carried out. 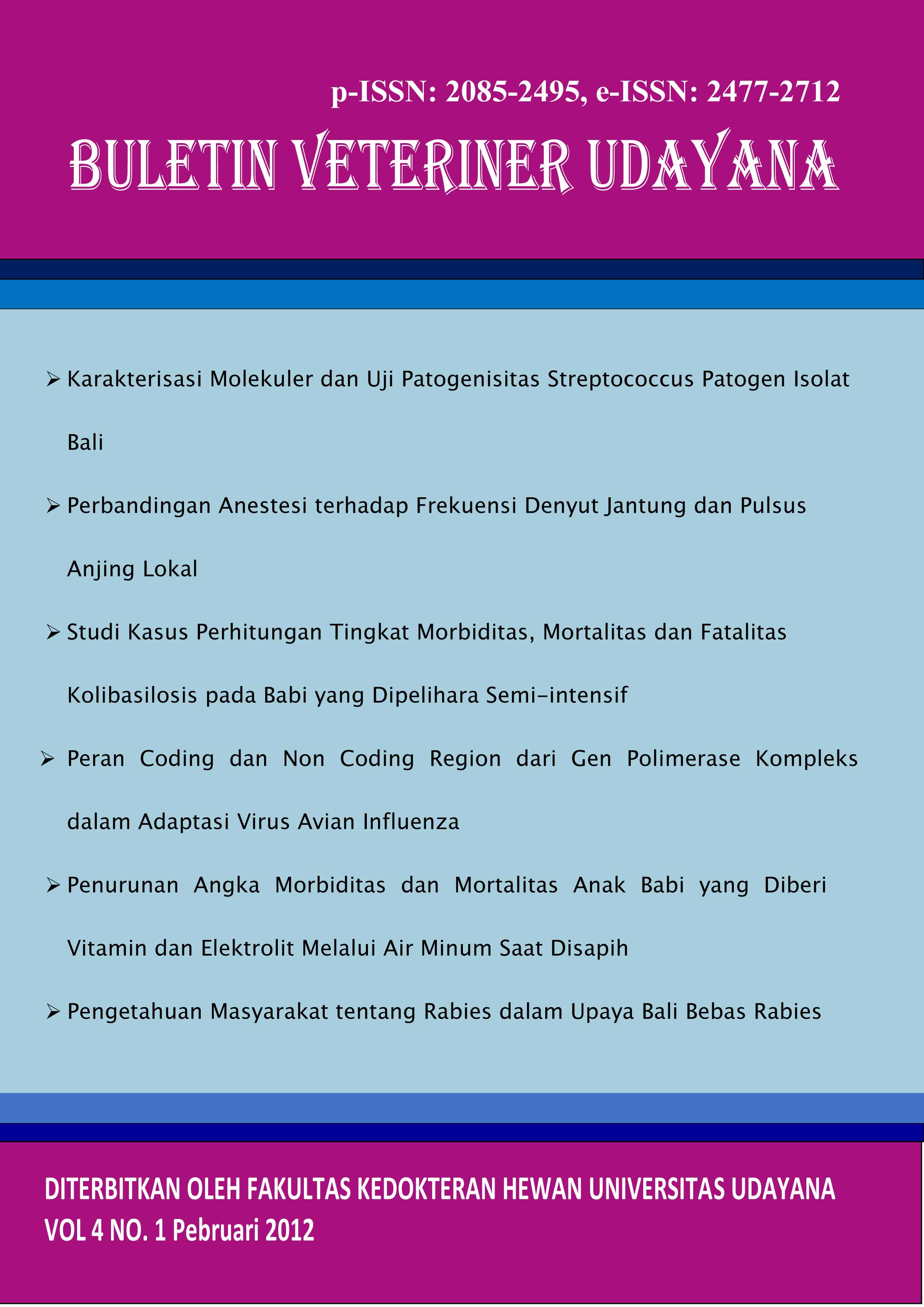