The aim of this study was to investigate the differences in histopathological changes of Malignant Catarrhal Fever in bali cattle based on sheep population in West Nusa Tenggara Province. This studied used 69 samples consist of the brains, lungs, livers hearts and kidneys, respectively from the bali cattles that affected the Malignant Catarrhal Fever disease. Those organs was processed by paraffin embedded blocking and were stained by Harris Haematoxylin-eosin method. The  histopathological preparations were examined based on the pathognomonical lesion that is vasculitis or inflammation of the blood vessel and other lesions. Result of the histopathological examination of the brains, lungs, livers, myocards and kidneys of the samples showed a varied of the level lymphoid cells infiltration in each of the organs. From the 69 samples showed the lymphoid cells infiltration lesions consist of  67 samples (97,10%) on the brain, 60 samples (86,95%) on the lungs, 63 samples (91,30%) on the liver, 45 samples (65,21%) on the myocard, and 47 samples  (68,11%) on the kidney. The conclusion were not difference variation histopathological lesions on the bali cattles that suffered Malignant Catarrhal Fever among the villages in West Nusa Tenggara with the varied sheep population. The  next researchs are needed to study the relationships of other animals as a reservoir of Malignant Catarrhal Fever virus. 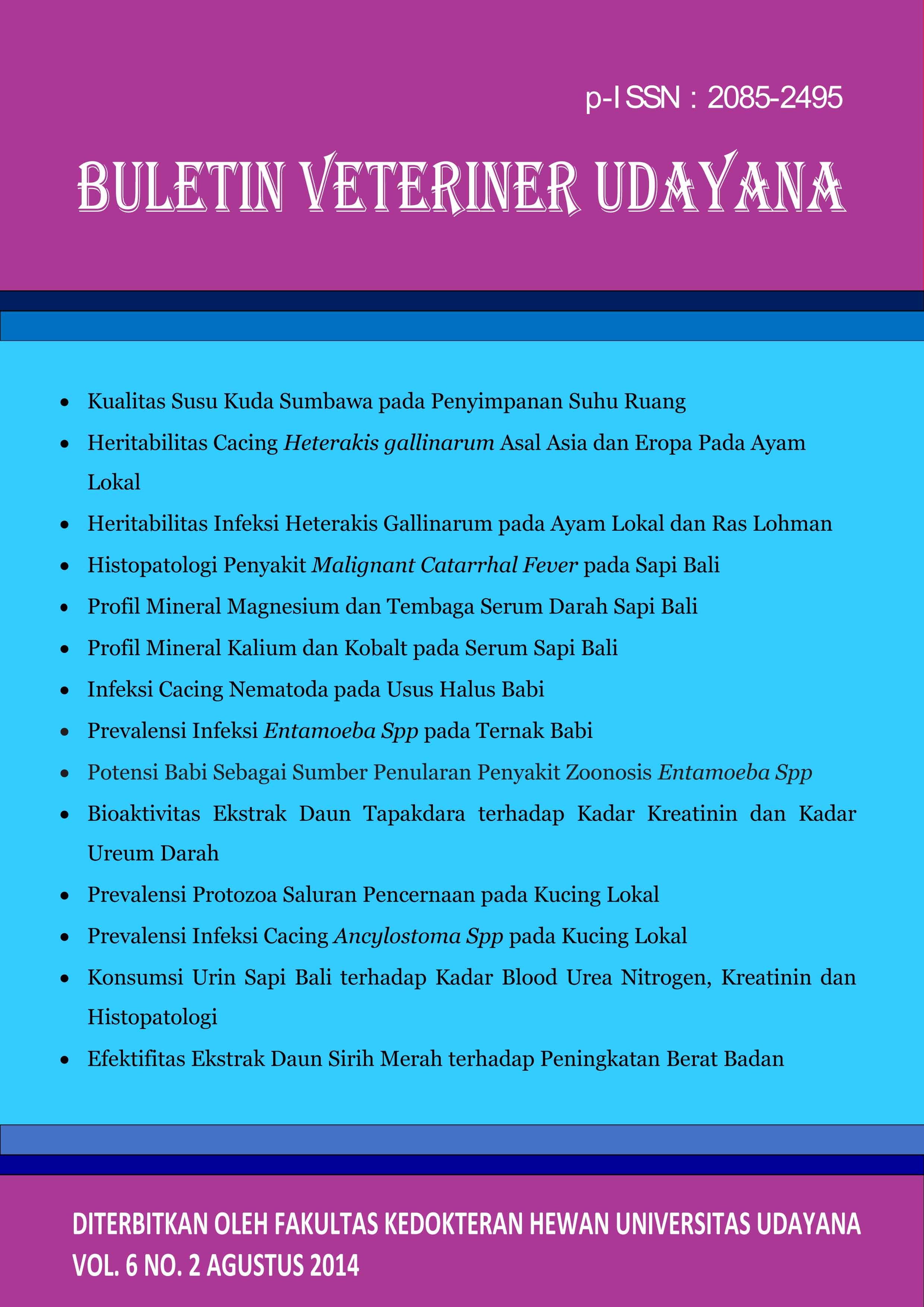