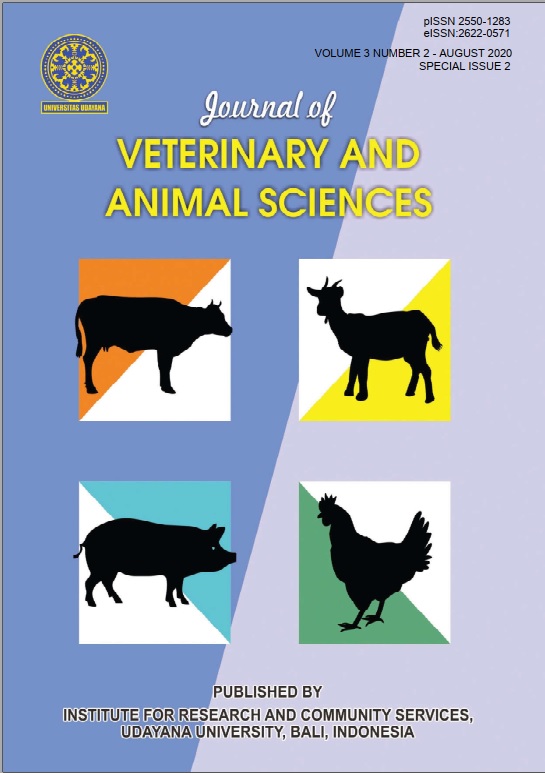 Tick is an ectoparasite in cattle that economically very important because it can reduce livestock production and productivity. This study aims to determine the prevalence and to identify types of tick in Bali’s cattle in Badung Regency. The prevalence of tick in relation to gender and age was studied. A total of 285 cattle was examined, of which, 65 (22.8%) cattle were infected by tick. The female cattle showed higher (25%) tick infestation than male cattle (19.05 %) without significant differences (p>0.05). Prevalence of tick was significantly higher (p<0.05) in old cattle, age above 5 years (33.7%), followed by adult cattle, age of 2 -5 years (20.6%), and the least prevalence in young cattle, age under 2 year (13.3%). Two genera of tick were identified from the study. Among the tick, Boophilus sp. 15.17% was the most prevalent tick genus identified, while the rest was Rhipicephalus sp. 7.01 %. Favorable predilection sites for tick were ears, mammary gland, back leg, and neck of the cattle. This study could help in a better understanding of the prevalence of tick patterns and risk factors in cattle populations for the implementation of effective control plans.