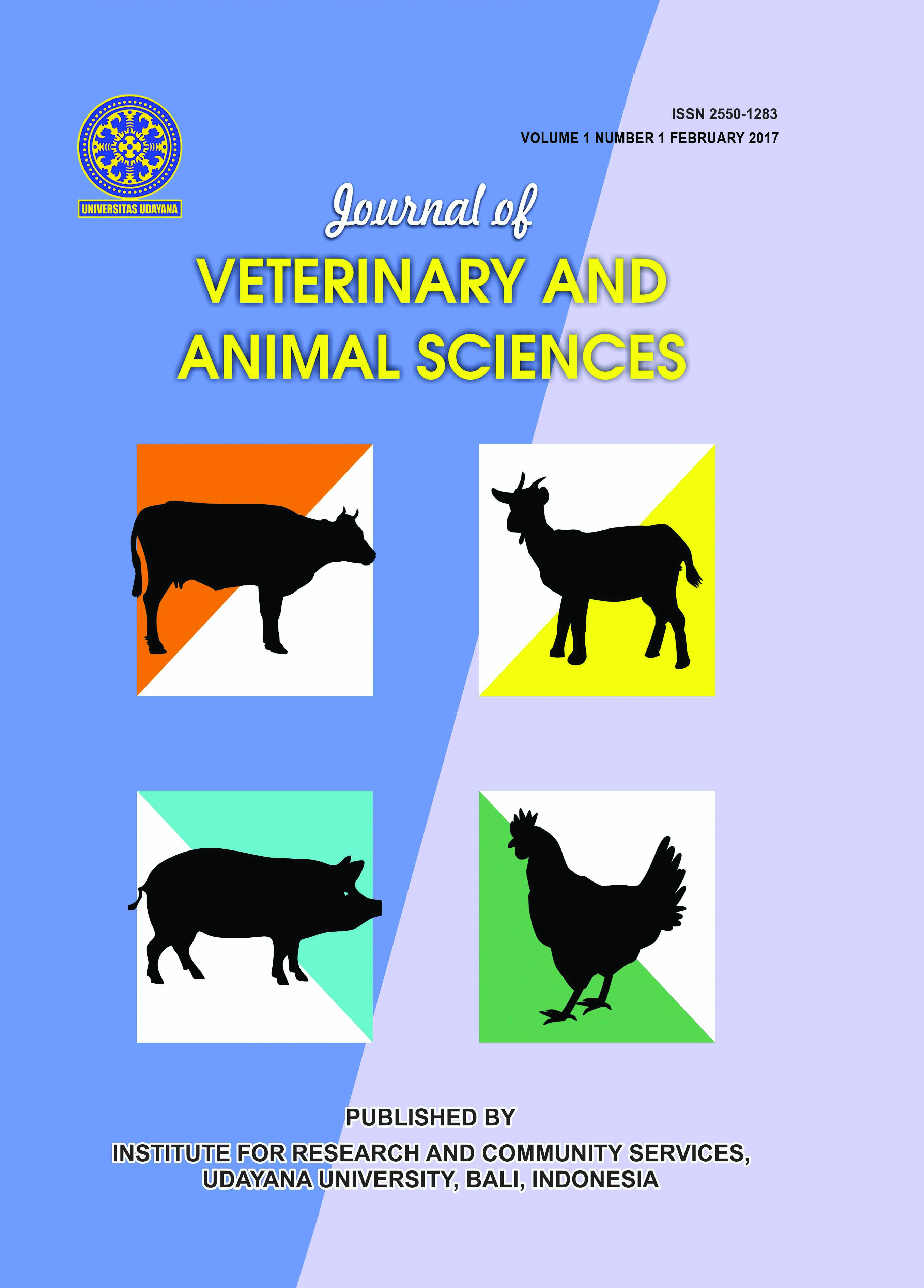 A research has conducted, in order to identify the genetic markers of Bali cattle that can be used as an indicator of their qualitative superior. The genetic marker identified was the growth hormone gen. As many as 50 whole blood samples which were collected from 50 individual cattle which were certificated as good breed or had qualitative superior, were used in this study. The DNA fragments were identified by using Polymerase Chain Reaction-Restriction Fragment Length Polymorphism (PCR-RFLP) method with primers, GH5 (5’-CCC ACG GGC AAG AAT GAG GC-3’ and GH6 (5’TGA GGA ACT GCA GGG GCC CA-3), respectively. Furthermore, the PCR products were restricted with MspI endonucleic restriction enzyme, before electrophoresis in 2% agarose The result showed that the growth hormone gene of bali cattle with qualitative superior has polymorphism which characterized by the formation of two fragments i.e. 230 and 329 bp that categorized as: allele +/+ and allele -/-.