PIR-TRANS and PT. South Tania could make farmers feel aggrieved because of  the lack of good management company, so the PIR-TRANS farmers need to know the mechanisms and constraints on partnership between farmers PIR-TRANS and PT. South Tania through cooperatives. Mechanisms of partnership can be seen from the rights and obligations of farmers and companies, as well as the role of relevant institutions and the constraints faced by companies and farmers. The data used in the form of qualitative data sourced from primary and secondary data. Methods of data collection in the form of in-depth interviews and documentation. The analytical method used is descriptive qualitative method. The results showed that mechanisms and constraints in the implementation of partnership is based on a written agreement between farmers of PIRTRANS and PT. Tania Selatan has been implemented quite well. Farmers' right to get
seeds, development and marketing of crops. The right of the company is to get the harvest in accordance with the standards of the company. The farmer's obligation is to supply all crops according to the company standards. The company's obligation is to maintain the infrastructure. The certainty of roles between farmers and companies has been running optimally. The biggest obstacle faced by farmers and companies is the poor road infrastructure causing inhibition of transportation and harvesting process, especially in the rainy season, and poor management of the company to make farmers feel harmed at the beginning of cooperation done. 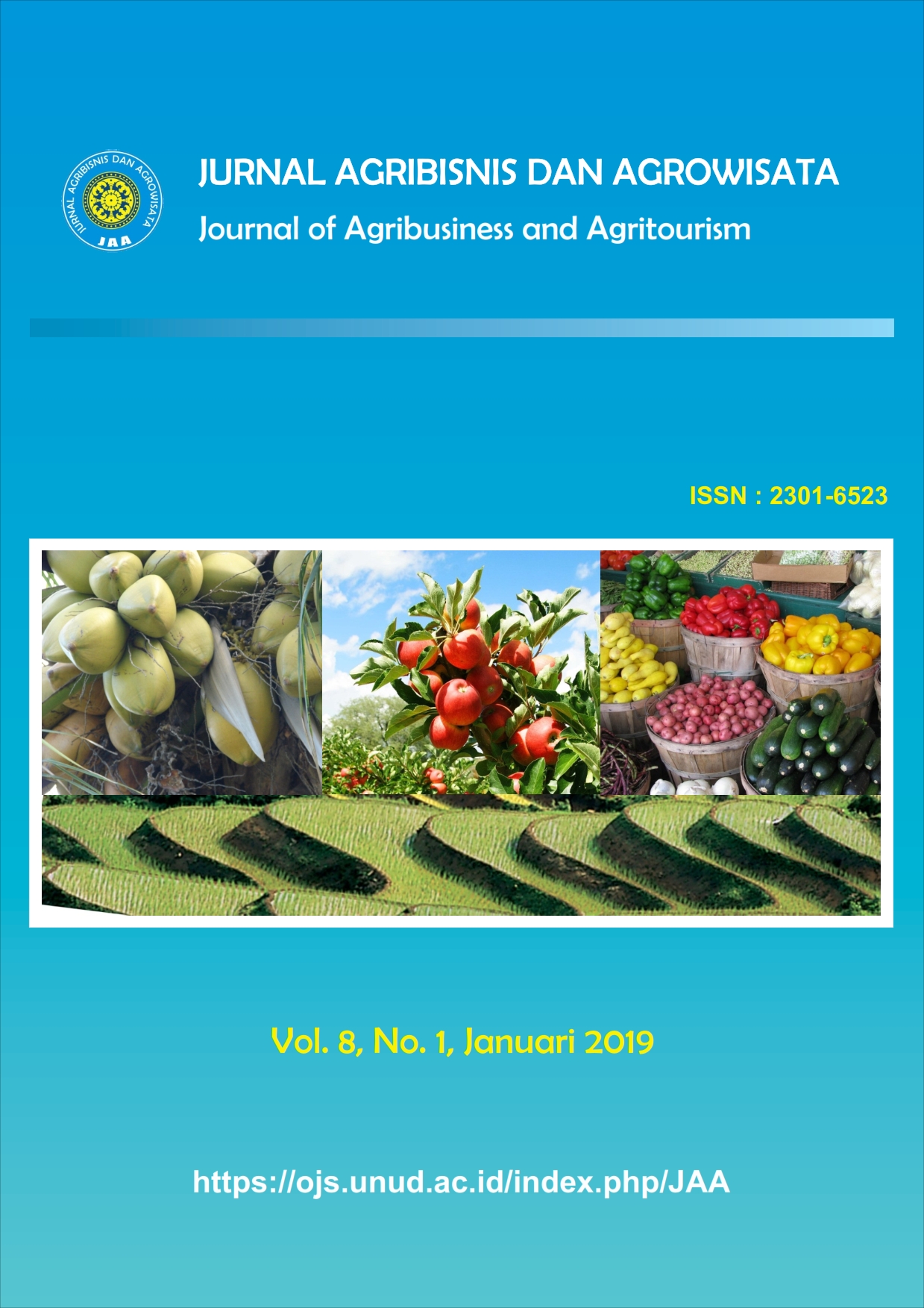