Banyuwedang Bay is located in the West Bali National Park (TNBB), which is part of the conservation area. There were a lot of tourism activities developed in this area, which potentially caused disruption of the surrounding water conditions. This study aims to determine the profile of various communities in the waters of Banyuwedang Bay and as initial data to see the development of these communities due to the environmental impacts of various activities in the waters and coastal area of Banyuwedang Bay. Data was collected from five observation stations including: Community structure of Plankton, Macrozoobenthos, and seagrass, and coral reef cover. Result shows that the phytoplankton community consist of 9 genera where Nitzschia sp. (Bacillariophyceae) as the dominant species found. Phytoplankton have low diversity index ranging between 0.348 - 1.411. Zooplankton diversity index also has low value 0.693 with three genera found namely Copepoda sp., Nauplius sp. and Daphnia sp. Macrozoobenthos community is composed of 17 macrozoobenthos genera, with low diversity index ranging ??between 0.562-1.809. There are only two species of seagrass, Halophila ovalis and Cymodocea rotundata, which were found in Banyuwedang Bay. Coral reef cover seems to be ranged from poor to good conditions, with 25% - 73% coverage. Based on the result, we concluded that the Banyuwedang Bay has a moderate condition to the growth of plankton and seagrass, but good for coral reefs. Periodic monitoring is needed to find out changes in conditions that can occur in Banyuwedang Bay. 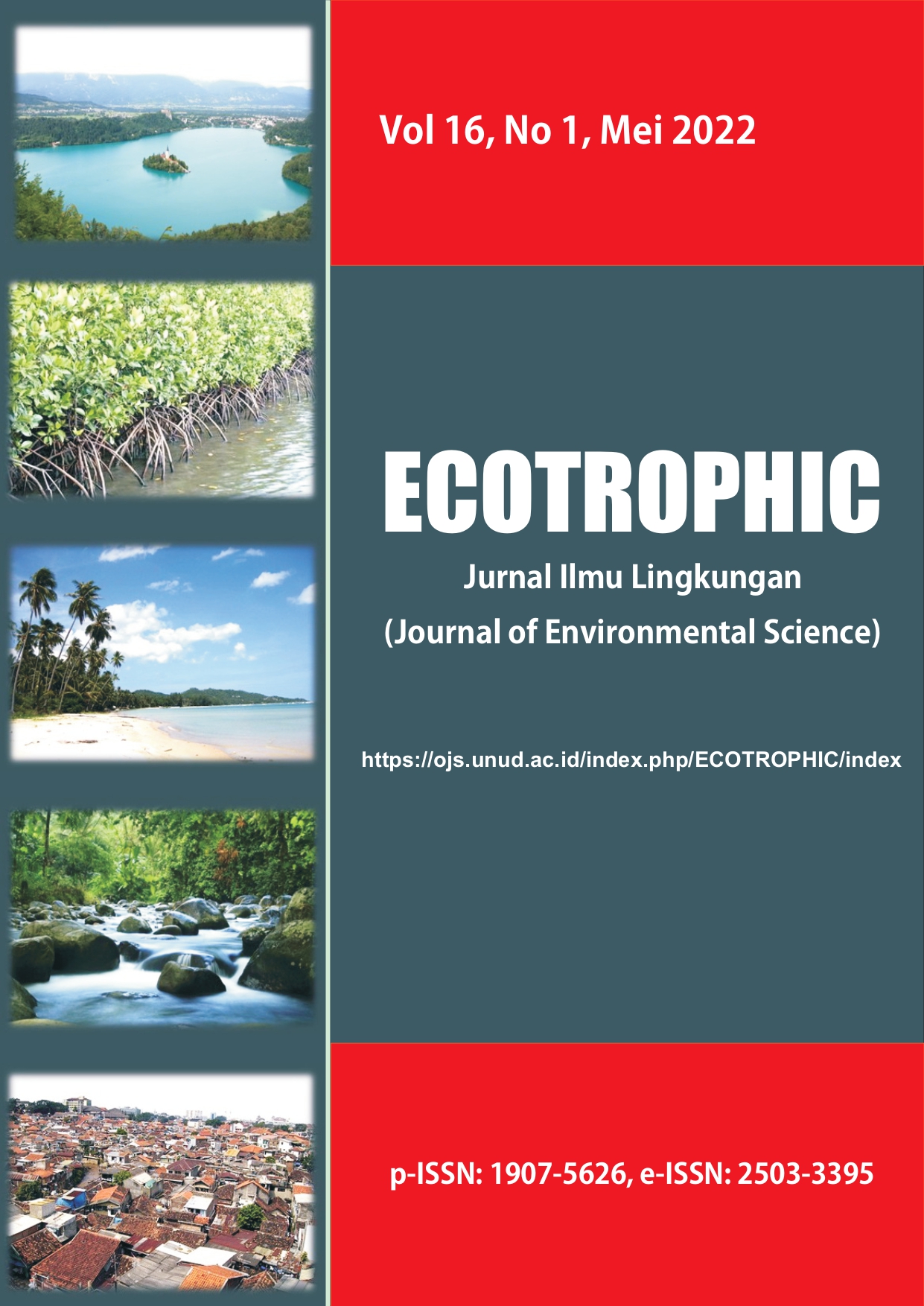