The Inventory and Socio-Economic Potential of Fish Landed at PPI Sangsit, Buleleng, Bali

PPI Sangsit is one of the landing bases that is the main supplier of fisheries production, especially in Buleleng Regency. The fish landed at PPI Sangsit comes from the catch of local fishermen and Sepeken Island. Various types of fish landed need an inventory activity with the aim of obtaining valid data to facilitate systematic data collection. Production of fisheries and socio-economic fishermen are also needed to formulate appropriate fisheries management. The study was conducted in February-April 2018. The sample fish was taken by simple random sampling. The results obtained 26 species of fish that were 58% of demersal fishes. Carangsidae, Scrombridae, and Caesionidae families are the family with the most species, which of 12% or 3 species. Production of fresh fish in 2010-2017 tended to decline, while the production of live grouper fish fisheries in 2010-2017 tended to increase. February-April 2018 tended to increase with the highest in March 2018. Comparison of fisheries product in each February, March, and April from 2010 to 2018 tended to decline. The age of all respondents including productive age groups with education classified as low education. Jobs as fisherman, docker, and crew members get the average income included in the middle class, which is Rp 1.500.000 – Rp 2.500.000 per month. Local respondents were include in the category of fisherman owners, small-scale fisherman, and traditional fisherman. Respondent from Sepeken Island belong to the category of labor fisherman, big-scale fihserman, and traditional fisherman 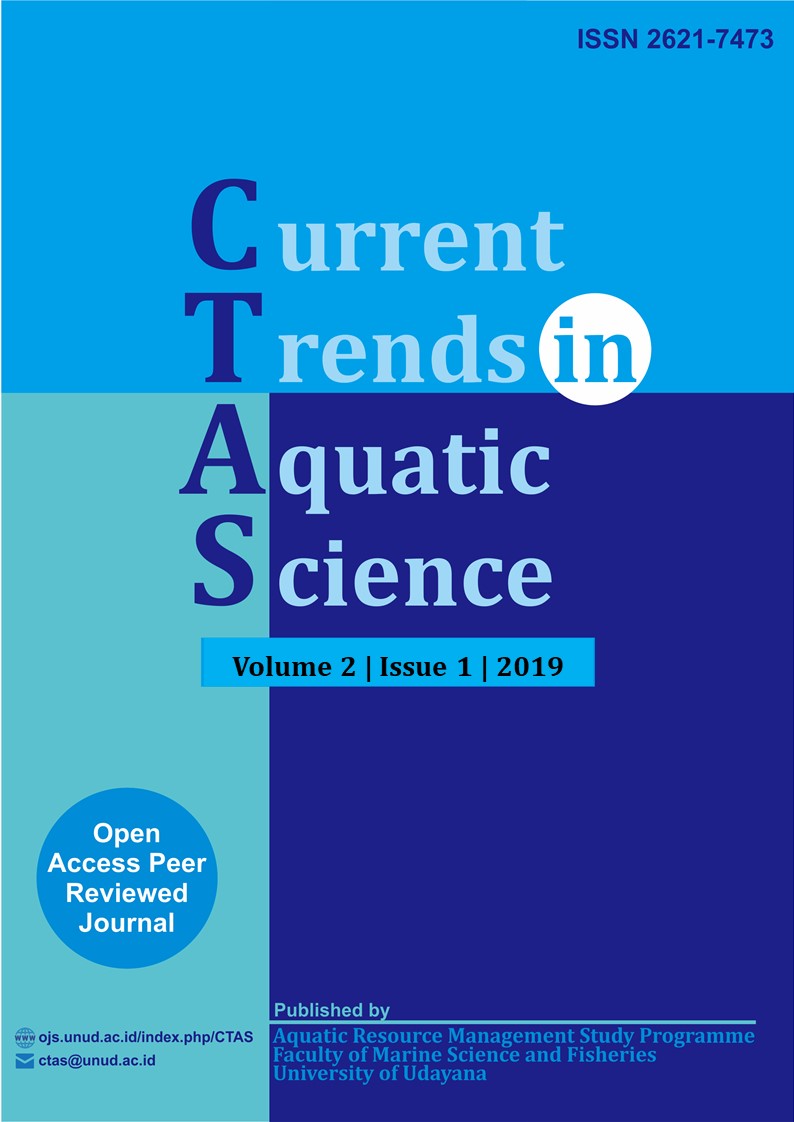