The Dutch colonial policy in Bali was a rather similar tothose of the colonial policies in the rest of the Indonesianarchipelago, namely from indirect and informal rule to directand formal rule. These were due to the limited Dutch colonialman powers in their colonized regions and also due to thefact that there were many traditional cooperations in order tobe able to implement their powers, particularly in the 18th to19th centuries. Indeed, the Dutch colonial policy implementedthe indirect and informal power as far as possible and thedirect and formal policy if it was necessary in the contextof “Pax Neerlandica”. However, due to the rise of a certainpolitical development not only in Europe, but also in theNetherlands Indies, this policy could not be maintained anylonger. Additionally, the competing situation amongst theEuropean colonial powers was considered to be a threatagainst the Dutch colonial interests in the Netherlands Indies.This was a significant factor behind the reason why the Dutchcolonial rulers expanded to all of the indigenous rulers in theNetherlands Indies, including the Bali traditional rulers in thebeginning of the twentieth century. In Bali, this was called thePuputan, meaning the “end”, in which the traditional Bali rulers were finally defeated. In relation to this, this paper isattempted to show the different perspectives on the idea of Puputan between the local and Dutch. Furthermore, this isexpected to contribute a better understanding on how theBalinese rulers and their people defended their souvereignityfrom the foreign powers. 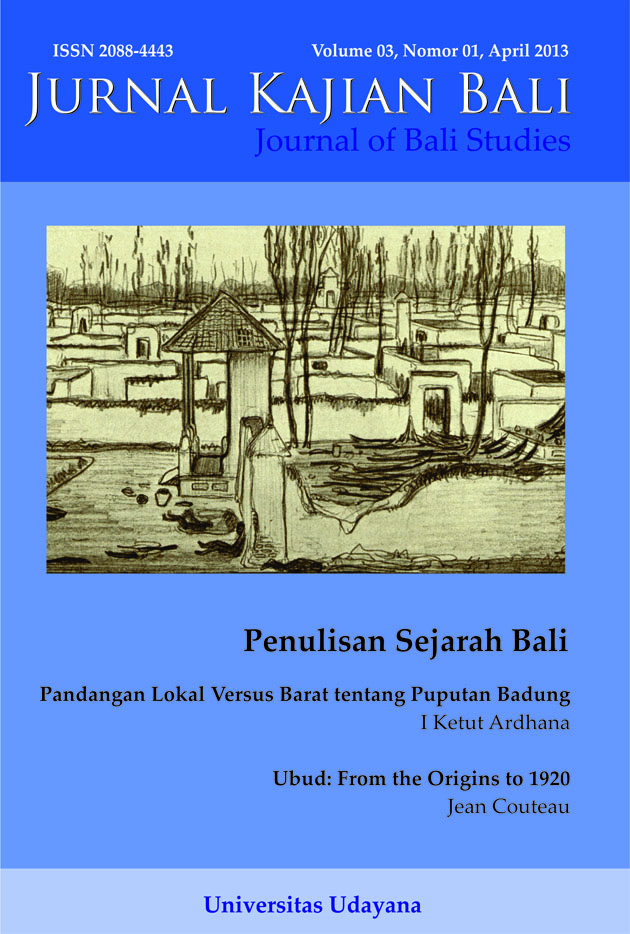